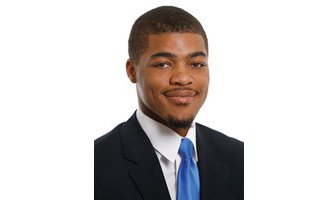 If the Jayhawks are soon to add No. 4, look for Frank Mason III at center stage.

Both the region and state events were held at Virginia Commonwealth University’s Siegel Center in Richmond.

Since then, the 5-foot-11 whirlwind has lifted his area and state star power to a national level.

The University of Kansas was ranked No. 7 by the Associated Press starting this week, with Mason a leader in almost all categories.

While he wears No. 0, he’s anything but a zero on the statistics sheet.

To go with all that, the versatile 21-year-old even had a song written in his honor by rapper RedHead, whose name is Derek Minigan.

The song, with a parental warning of “explicit content,” is available on YouTube. Minigan is from Hopewell and was inspired by watching Mason play for Petersburg.

It’s a long haul from Petersburg’s asphalt courts, where Mason honed his jump shot, to Houston’s NRG Stadium, site of this year’s NCAA Final Four on April 2 through 4.

If Mason and the University of Kansas get that far, it won’t be the first time a local athlete was in the Final Four spotlight.

In 2009, Ed Davis, out of Benedictine, was a freshman on the University of North Carolina’s national championship team. In 2008, Shawn Taggart of George Wythe High School helped Memphis to the finals, where the Tigers lost to Kansas in overtime.

In 2011, Brandon Rozzell from Highland Springs High School and Bradford Burgess from Benedictine were keys to VCU’s Final Four run.

The Richmond area has become a boon for college scouts. Here are other local athletes playing for schools with national brands (statistics, records as of Feb. 2):

Michael Gbinije, Syracuse: The 6-foot-7 graduate student from Benedictine leads the Orangemen in scoring (17.2), assists (4.5) and steals (2.4) for the 15-8 Atlantic Coast Conference squad. Gbinije, who transferred to Syracuse from Duke, is from Chesterfield County.

Robert Johnson, Indiana: The 6-foot-2 sophomore out of L.C. Bird High School in Chesterfield and Benedictine has started 16 of 22 games for the 18-4 Hoosiers. He averages 7.5 points with 29 three-pointers.

Kenny Williams, North Carolina: Off to a slow start, the 6-foot-4 freshman from L.C. Bird High School has played in 18 games for the 19-3 Tar Heels. Williams first signed with VCU.

Jordan Burgess, VCU: Sidelined eight games with a hand injury, the 6-foot-5 junior from Benedictine averages 5.4 points and 4.6 rebounds, and is a lockdown defender for the Rams, which has 11 straight wins.