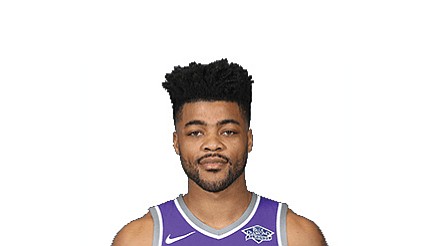 After being left on the launching pad two games, Frank Mason’s NBA career has officially taken off.

After consecutive “DNPs” (Did Not Play) in the box scores, the former Petersburg High School and University of Kansas guard made his debut with the Sacramento Kings last Saturday.

The Kings lost 96-79 to the Denver Nuggets in Denver.

But in 17 minutes, the 5-foot-11 Mason scored seven points — including his first three-pointer. He also snagged two rebounds and passed for an assist. He was charged with one turnover.

In Coach Dave Joerger’s backcourt, Mason is playing behind veterans Buddy Hield, Garrett Temple and George Hill and fellow rookie De’Aaron Fox, the first round draft choice out of the University of Kentucky.

As the NCAA Player of the Year as a Kentucky Jayhawks senior, Mason was selected by the Kings in the second round of the NBA draft and 34th overall. During his junior and senior years at Petersburg High, he spurred the Crimson Wave to the State Group AAA final at the Siegel Center in Richmond.

Here is the NBA status of some other Richmond area and Virginia athletes:

Troy Daniels (VCU): Beginning his first season with the Phoenix Suns after previously playing with the Houston Rockets, the Minnesota Timberwolves, the Memphis Grizzlies and the Charlotte Hornets.

Kent Bazemore (Old Dominion University): Returning for his fourth season with the Atlanta Hawks after previously playing for the Los Angeles Lakers and the Golden State Warriors.

Ed Davis (Benedictine Prep and University of North Carolina): Starting his third season with the Portland Trail Blazers after previously playing with the Toronto Raptors, Memphis and Los Angeles.

Malcolm Brogdon (University of Virginia): Beginning his second season with the Milwaukee Bucks.

Mike Scott (U.Va.): Starting his first season with the Washington Wizards after six seasons in Atlanta.

Joe Harris (U.Va.): Begins his second go-round with the Brooklyn Nets after two seasons with the Cleveland Cavaliers.

Devin Robinson (Manchester High School and University of Florida): The rookie signed a two-way contract with Washington to play with the Wizards and/or a G-League affiliate.

Some players weren’t as fortunate and likely will try their luck in the Gatorade League, formerly the Developmental League.