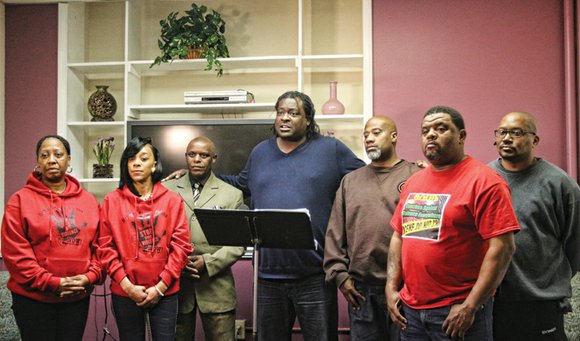 Over the years, countless well-intentioned individuals and groups have organized rallies, prayer vigils and community meetings to stem the tide of violence in Richmond.

While the number of homicides and violent crimes in the city has declined during the past 15 years, too many Richmond residents still suffer as victims.

“We’re fed up with crime,” Mr. Minor told the Free Press Tuesday. “We’re fed up with the system. We all decided to come together because there’s strength in numbers. There are some things in place, but we can do a whole lot better to help address the needs in our community.

“The difference is we’re not going to talk about it; we’re going to do it,” said Mr. Minor, who also is chair of the Richmond Democratic Committee.

Several groups are part of the effort, including Coaches Against Violence Everywhere, Mothers Against Violence, United Communities Against Crime, Virginia State L.O.C., James River Metro Chapter of the Southern Christian Leadership Conference, Have a Heart 4 the Homeless and the Richmond Tenants Organization, according to organizers.

The summit is open to the public, Mr. Minor said, and will include a panel discussion led by local radio personality “Miss Community” Clovia Lawrence.

He said panelists will include the Rev. Dwayne Whitehead, president of the James River Metropolitan Chapter of the Southern Christian Leadership Conference and pastor at World Overcomers Family Church in the East End; Minister Tracy Muhammad of Muhammad Mosque #24; Dr. Charles Shannon, president of Faith Leaders Moving Forward and pastor at Mount Level Baptist Church in Amelia County; Maurice Tyler, director of Coaches Against Violence Everywhere; Kim Morgan of Mothers Against Violence; Charles Willis of United Communities Against Crime; and Joe’i Chancellor of Have a Heart 4 the Homeless.

Among the solutions Mr. Minor said the groups have indicated in preliminary discussions they would pursue are more mentoring and tutoring programs, after-school programs and life skills training for youths in disadvantaged communities.