Spotlight on founding director of Coaches Against Violence Everywhere 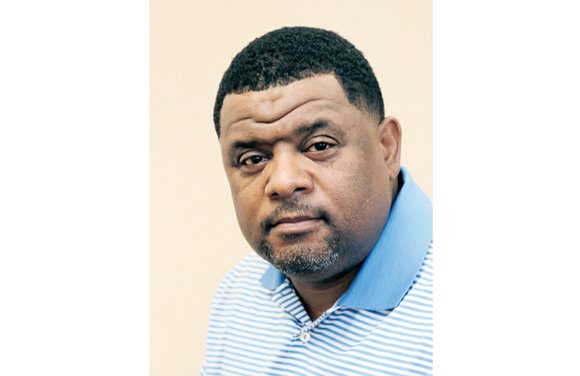 Maurice Tyler says he was driven to establish Coaches Against Violence Everywhere after 12-year-old Amiyah Moses was killed Dec. 19 during a gun battle between two 20-year-old men on North Side as she and her friends played nearby. “Her mom will not get to talk to her about boys. She doesn’t have the chance to watch her child grow up and be successful,” Coach Tyler says of Amiyah’s grief-stricken mother, Kele Wright. “It was all taken from her.

“To keep that from happening again, we need to step up and get involved and do something to help so others won’t get killed from acts of violence.”

Coach Tyler and C.A.V.E., as the group is known, officially launched their anti-violence effort Jan. 1. So far, they have held or participated in three community marches against violence, including one in Amiyah’s honor and in the Creighton Court and Gilpin Court public housing communities.

“I am excited about this organization because I can see it saving lives,” says Coach Tyler. “We march to raise awareness of the murders in the city and let the people of the community know we love them and care about them.”

The Henrico resident does his part to provide a positive outlet for children by coaching 12-year-olds who compete in the Midget Division for the Laurel Athletic Association in Henrico County. He also has coached for the Virginia Randolph Athletic Association during his 27-year coaching career.

“For those two hours we’re together, I say positive things to try to build their character in hopes that they’ll grow to be better adults,” he explains.

So far, the organization has received commitments from more than 2,100 people on its Facebook page to join their fight against violence, Coach Tyler says.

“These kids turn to negative things in their neighborhoods because there are not enough things for them to do in school,” he says. “They wouldn’t need truancy officers to go looking for the kids who skip school if they had more positive things for them do at school, like providing football teams in middle schools. Then, the community would come out and support these teams and it would be a positive experience for everyone.”

Let’s meet one man who is fighting against violence, this week’s Personality, Maurice Tyler:

Date and place of birth: Dec. 15 in Henrico County.

How can volunteers partner with Coaches Against Violence Everywhere: Visit our website at www.leaguelineup.com/C.A.V.E.

What do young people need the most: Adult leadership and positive role models, starting with their parents.

What part do guns play in the ongoing violence: People who have guns without a permit use them for the wrong reasons.

What the public can do to stop the violence: The public can start by turning in people who have illegal guns.

If I could have one wish, it would be: There would be no more murders and everyone would have jobs to support their families.

I start my day by: Going to work.

A perfect day is: Not having to go to work.

A perfect evening would be: Spending time with my family.

The one thing I can’t stand is: A lazy person.

The person who influenced me most is: My mother.

Best time of my life: My son’s basketball game in Florida.

My next goal is: To be a member of City Council or the Richmond School Board and to make sure Richmond is a safer place for people, no matter what their race or religion. We want peace for all people.