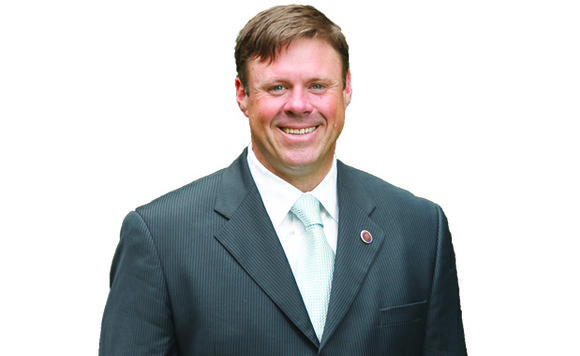 Young people in Virginia who are convicted of marijuana possession or underage possession of alcohol find those convictions permanently etched on their criminal records.

Historically, many of those convictions have fallen disproportionately on African-Americans, even though numerous studies show white people use alcohol and marijuana at similar rates.

Those convictions have hindered the efforts of people in communities of color to find jobs, obtain educational loans and secure housing.

Sen. McDougle told the Free Press in a recent interview he had finalized a draft of a bill that would expunge marijuana and alcohol convictions from the records of offenders ages 21 and under five years after they have completed their probation or after the courts have discharged cases taken under advisement.

The conservative legislator from Hanover County said he would introduce the “narrowly tailored” bill through the Senate Courts of Justice Committee that he sits on when the General Assembly starts its new session Wednesday, Jan. 13.

If approved, the measure would provide a small step forward in a criminal justice system that has historically discriminated against African-Americans in part by disproportionately steering nonviolent black offenders into the legal system as youngsters to detention centers and then to jails and prisons.

For example, from 2010 through 2014, more than 36 percent of 10- to 20-year-olds arrested in Virginia for marijuana possession were African-Americans, although they comprised only about 24 percent of the state’s population.

In 2014, 37.3 percent or 2,633 of the 7,118 arrests for marijuana possession among that age group were African-Americans, according to data provided by the Virginia Department of Criminal Justice Services.

By comparison, arrests for alcohol violations were higher among white people ages 10 to 20 in Virginia.

A former prosecutor in the Hanover County Commonwealth’s Attorney’s Office, Sen. McDougle said he has witnessed the debilitating effects juvenile convictions can have on people once they reach adulthood.

“This may not meet everybody’s wishes and hopes, but we want to try and make sure that when a person under the age of 21 makes a mistake like this, they will not be penalized for life,” he said in a phone interview.

He said the legislation would help the ex-offenders as well as businesses that otherwise might be forced to dismiss them from consideration for jobs.

“I feel very optimistic about it passing the Senate, but the House will be the more challenging of the two,” Sen. McDougle said.

Republicans hold the majority in both the state Senate and House of Delegates.

“This is a 100 percent sea change from the way things have been done in Virginia,” he added. “In the past, these people would have never had the ability for those convictions to be expunged.”