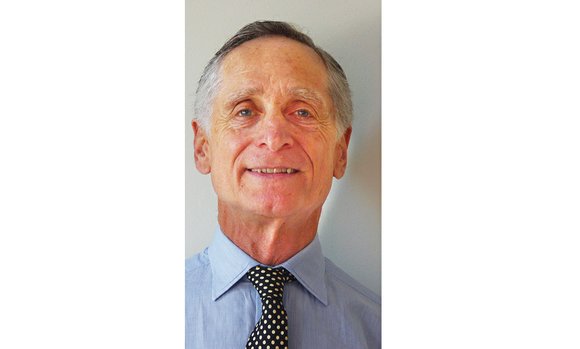 GRTC would need a larger city subsidy to keep the proposed Bus Rapid Transit service called Pulse in operation, but perhaps not as big as some critics have suggested, according to the company.

In a report released Sunday, Greater Richmond Transit Co. estimates that Richmond taxpayers would need to provide between $345,000 to $775,000 a year to cover the city’s share of BRT operations. The actual amount depends on whether BRT is a hit with commuters and attracts additional daily riders.

GRTC’s estimate, which is based on an assumption of receiving state and federal help, is far less than the $2 million to $5 million an opposition group called RVA Coalition for Smart Transit has estimated the city would have to provide to support the faster transit service that is to run 18 hours a day between Rocketts Landing and The Shops at Willow Lawn shopping center.

Jonathan Marcus, chair of the coalition that includes the Richmond Branch of the NAACP and 10 civic and neighborhood groups, said he’s skeptical about the transit company’s projections.

“The report raises a lot of questions that still need answers,” he said.

Meanwhile, a separate BRT advocacy group, Partnership for Smarter Growth, sent form letters to potential supporters, urging them to copy and email the letter to City Council members to lobby for approval of BRT.

The cost to construct BRT is estimated at $49 million, with the city paying about $7.6 million of that and Henrico County contributing $400,000. The biggest share, $41 million, would come from federal and state funds.

Richmond currently spends about $12.9 million a year to support GRTC’s existing bus and CARE van operations. Any money to support BRT’s operation would come on top of that existing subsidy.

GRTC’s deficit projection for BRT, though, does not include an additional $1.2 million to $2.4 million a year that the transit company projects would be needed to operate three proposed shuttles in the East End to improve connections to BRT for residents of Creighton, Church Hill, Fulton and the Mosby and Whitcomb neighborhoods. That cost would be smaller if only one or two shuttle routes were approved.

GRTC released its projected revenue and expenditure report for BRT ahead of a planned Richmond City Council meeting Monday at which the nine-member governing body was to consider whether to allow BRT construction to proceed. The meeting was canceled, however, because of snow. A decision on BRT is to come at council’s next meeting on Monday, Feb. 8.

The report shows that GRTC anticipates spending $3.6 million to $3.76 million a year to operate BRT. If approved by council, BRT construction would begin in the spring, and the system would begin operating October 2017, GRTC has said.

GRTC offered its cost and revenue estimates for the period July 1, 2017, through June 30, 2021, which would represent the first five fiscal years.

To reduce the burden on the city, GRTC assumes that state and federal governments would provide a combined $750,000 a year to support BRT operations. The company acknowledges there is no guarantee such funding would be available.

Richmond would have to pick up that expense if the state and federal governments did not.

GRTC’s estimate of Richmond’s projected subsidy for BRT also is based on the company saving about $1.1 million a year by reducing runs of its current Broad Street Route 6, the local bus that BRT is to largely replace. GRTC expects most of the Broad Street Route 6 passengers to shift to BRT service.

The report states that Richmond’s subsidy could be lower if the transit company saves money by implementing additional route modifications and efficiencies. GRTC is conducting a route study this year to provide recommendations for route changes based on BRT’s development.

GRTC also noted that BRT will benefit from a subsidy from Henrico County. About 0.8 miles of BRT will be located in the county, GRTC stated in its report, which will require the county to provide an additional $206,000 to $219,000 a year to support BRT’s operations.