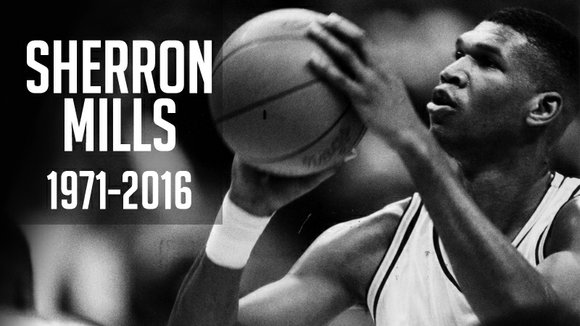 Mr. Mills was 44 and lived in Baltimore.

Known at VCU as “Forty,” he wore No. 40 for the black and gold for three seasons under Coach Sonny Smith.

Mr. Mills was the 29th overall pick in the 1993 NBA draft when the Minnesota Timberwolves called his name as the first pick in the second round.

Mr. Mills failed to make the Timberwolves but enjoyed a distinguished European career with pro teams in France, Turkey, Spain and Italy.

In 1996, he led the Italian Serie A League in rebounding with Cx Orologi Siena.

Mr. Mills is ranked with the greatest players of all time from Maryland’s Eastern Shore. In 1989, he led Snow Hill High (Worcester County) to a 26-0 record and 1A State crown. In the Maryland State finals, he scored 47 points, a record output still standing for Maryland championship games.

He is survived by his wife, Shondra, and two children. — FRED JETER