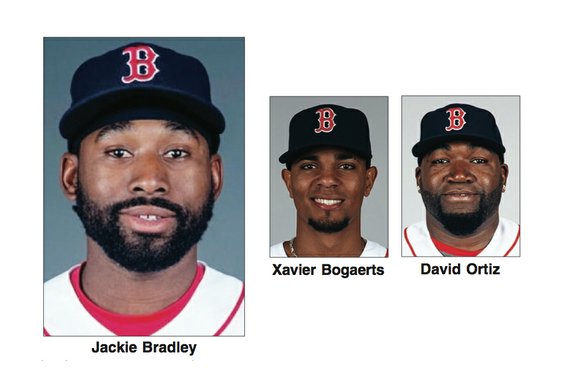 The 26-year-old outfielder for the Boston Red Sox will be an American League starter at the 87th annual MLB All-Star Game on July 12 at San Diego’s Petco Park.

Starters were determined by an internet vote of fans. Balloting closed June 30. Results were released Tuesday on the ESPN Selection Show.

Bradley, who bats left-handed but throws right-handed, received the second highest number of votes among outfielders, trailing only the Los Angeles Angels’ Mike Trout, the All-Star MVP the past two years.

Another Red Sox player, Mookie Betts, will be the third starting outfielder.

Defensively he is fielding .990, with eight outfield assists.

He drew national attention earlier this season with a 29-game hitting streak.

Bradley was born in Richmond and lived in the city until middle school, when he moved with his mother to Prince George County. Some of his early tutoring in the game came from the Metropolitan Junior Baseball League.

He gained fame at Prince George High School and the University of South Carolina before signing with Boston in 2011. His baseball address has been Boston’s Fenway Park since 2013. This will be his first All-Star appearance.

The American League lineup brims with players of color.

No African-American players competed in All-Star games until the 1949 contest at Brooklyn’s Ebbets Field.

Suiting up for the National League in 1949 were Jackie Robinson, Roy Campanella and Don Newcombe, all from host Brooklyn, while Cleveland’s Larry Doby represented the American League.

Bradley isn’t the first player with local ties to be named to the Mid-Summer Classic. Others include:

Sean Casey (University of Richmond), first base, three-time National League pick with the Cincinnati Reds, 1999, 2001 and 2004.

If you count minor leaguers passing through Richmond, the list mushrooms. To mention a few:

From the Virginians: Joe Pepitone, Luis Arroyo and Mel Stottlemyre.