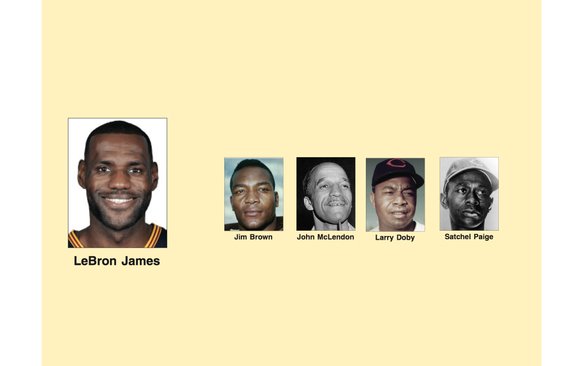 It has been a long time between sips of champagne in Northeast Ohio.

The Cleveland Cavaliers were an NBA expansion squad in 1970. They reached the playoff finals in 2007, losing 4-0 to the San Antonio Spurs and falling 4-2 to Golden State in the 2015 finals.

Actually, Cleveland did win a pro basketball crown in 1962 — as the Cleveland Pipers — by defeating the Kansas City Steers in the finals of the short-lived American Basketball League, which is not to be confused with the ABA. The Pipers made history by starting the season with Coach John McLendon, the first African-American to coach a professional franchise.

Coach McLendon was replaced by Bill Sharman during the season. It was ABL’s only season of operation.

Coach McLendon then went on to coach the ABA’s Denver Rockets, which later became the Denver Nuggets of the NBA.

As for Cleveland’s other pro sports teams, championships also have been elusive.

The NFL Cleveland Browns last prevailed in 1964, three seasons prior to the birth of the Super Bowl, and the Cleveland Indians’ most recent World Series title was 1948, just the second year the baseball championship was telecast.


To illustrate the football famine, tickets for the 1964 NFL Championship Game, played between the Browns and the Baltimore Colts at Cleveland’s Municipal Stadium, were $6, $8 and $10 — about what a ballpark hot dog or beer might cost now.

Paced by the great running back Jim Brown and fleet young receiver Paul Warfield, the 1964 Cleveland Browns trounced the favored Colts 27-0, after going 10-3-1 in the regular season. It was Jim Brown’s next to last season.

The next year, Cleveland lost to the Green Bay Packers in the 1965 championship that would be Jim Brown’s final performance in pads. He retired after 1965 to enter the film industry.

To underscore how long it’s been since the Cleveland Indians baseball team won it all, their 1948 opponent was the Boston Braves, who would later move to Milwaukee in 1953 and to Atlanta in 1966.

Cleveland defeated Boston 4-2, with two prominent African-American players on the team — Larry Doby, who became the American League’s first black player in 1947, and ageless hurler Satchel Paige, who had joined the Indians July 9, 1948, as a 42-year-old rookie.

To show how different things were in 1948, the Indians were led by one of the last “player-managers,” Lou Boudreau, who remained an active shortstop until 1952.

Cleveland had little luck on ice, too.

The Cleveland Barons hockey team played the 1976-77 and 1977-78 NHL seasons at Richfield Coliseum and went 47-88 before ceasing operations.