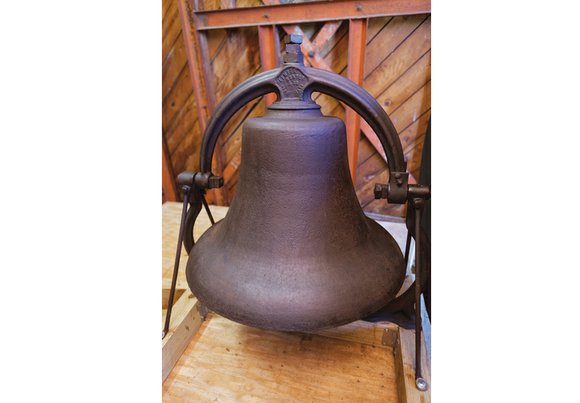 The First Baptist Church of Williamsburg will continue letting freedom ring through the month of May.

In February, the historic church started by enslaved and free African-Americans commemorated its 240th anniversary with the kick off of the initiative “Let Freedom Ring: A Call to Healing a Nation.” People were invited to come to the church at 727 Scotland St., or go via social media, to ring the newly restored church bell as a symbolic call for racial healing, peace and justice nationwide.

The response was so overwhelming that organizers decided to extend the bell ringing into May on a limited basis.

More than 4,000 people came to the church during Black History Month to ring the bell and more than 7 million participated via social media, said Sue Wilson, chair of First Baptist’s communications ministry.

“People came to honor loved ones, to ring (the bell) for lost opportunities for ancestors, to ring for hope for the future for their children and grandchildren, to atone for the past, to work for the future, and on and on,” she said.

“Some came not knowing why they came, but left with a clear understanding of how the history of First Baptist Church paralleled so much the history of our people, their struggles, their perseverance for 240 years. It was such a healing process for so many.”

Among the notables who rang the bell: The Rev. Jesse Jackson, singer Dionne Warwick and the descendants of Thomas Jefferson and Sally Hemings, the nation’s third president and the African-American woman he enslaved and with whom he fathered six children.

More than 800 people also participated in the church’s Social Justice March on Feb. 28, where keynote speaker Rex M. Ellis, associate director for curatorial affairs at the Smithsonian’s National Museum of African American History and Culture, made reference to the sparks ignited in the Williamsburg community and beyond by those ringing the bell.

“Like people when brought together, those sparks will make a flame, and when fanned, those flames will produce a fire,” he said.

Organizers hope “Let Freedom Ring” will ignite the passion of people to continue to work for social justice and peace.

“There are so many issues under which we could light a fire,” Mrs. Wilson said.

For details and to sign up, go to www.letfreedomringchallenge.org.