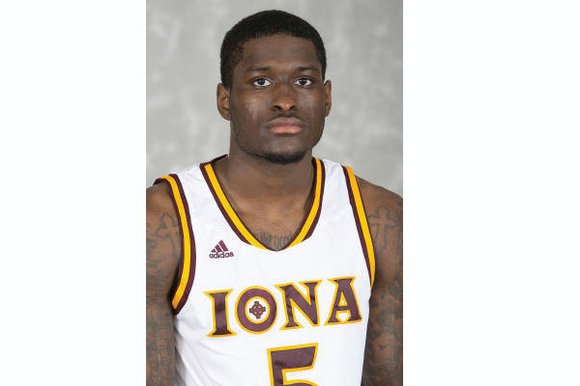 The annual award, presented by the Naismith Memorial Basketball Hall of Fame, will be announced April 8.

English is a senior at Iona College in New Rochelle, N.Y. He averaged 23 points, 6.2 assists and five rebounds this season, helping the Gaels to the Metro Atlantic Athletic Conference tournament title.

Finishing strong, English scored 28 points with seven rebounds, six assists and three steals in Iona’s 94-81 loss to Iowa State University in the NCAA Tournament’s first round. That enabled him to close his college career with 2,004 points.

The elder English amassed 1,001 points in 1990 alone at VUU. He led Division II in scoring (33.4 points per game) and was awarded NCAA Player of the Year honors.

Only two father-son acts in college history have passed 2,000 points in NCAA Division I. (The Englishes fall into a different category because VUU is in Division II.)

English III is third on Iona’s all-time leading scorer list behind the Burtts.