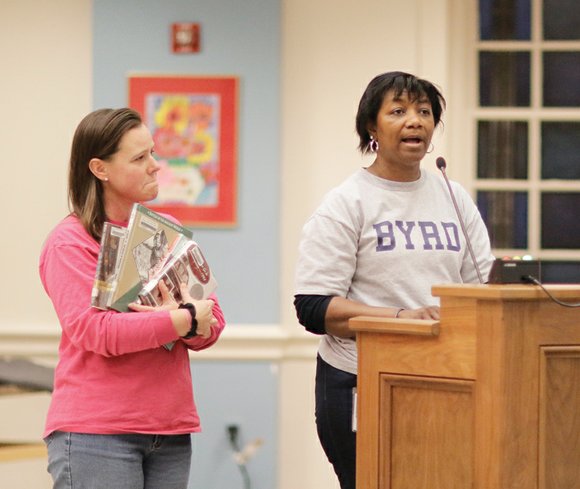 That’s the new name chosen by the Henrico County School Board for the former Harry F. Byrd Sr. Middle School.

The board’s decision, coming on a 3-0 vote last Thursday was viewed as a “safe” choice by a panel looking to escape any further controversy. 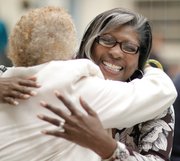 Kathy Deshazo-Jackson, who said she was one of the first African-American students to attend the former Byrd Middle School, is elated by the vote last week to rename the Henrico County school.

The new name rids the public school of honoring the late Mr. Byrd, a racist and segregationist who, as a U.S. senator, spearheaded Massive Resistance efforts in the 1950s to shut down public schools rather than desegregate them as the U.S. Supreme Court ordered.

A successful student-led effort prompted the board’s unanimous vote March 10 to rename the middle school. But after receiving hundreds of suggestions, the board declined to name the school for another person. Instead, most members took their cue from board member Lisa A. Marshall, who represents the Tuckahoe District where the school is located and opted for Quioccasin, which is said to be of Native American origin.

“There are so many worthy suggestions in honor of individuals who contributed greatly to our community,” Ms. Marshall said during a board work session before the formal meeting and vote. “It would be very difficult for me to pick between the individual names suggested.”

Her sentiment was echoed by board member John W. Montgomery Jr., the Varina District representative, who backed Ms. Marshall’s motion in favor of the name Quioccasin.

“Quioccasin is more than just a location or the name of the road on which Byrd sits,” Ms. Marshall said.

Board member Roscoe D. Cooper III, who represents the Fairfield District and is the lone African-American on the five-member board, said he wanted the building to be named for the Vandervalls, an African-American family who donated some of their land — and had additional acreage taken later by the county through eminent domain — for what became Byrd Middle School and adjacent Pemberton Elementary School.

When the vote was taken, he abstained.

Board member Beverly L. Cocke of the Brookland District voted with Ms. Marshall and Mr. Montgomery to approve the name Quioccasin.

While signs, stationery and scoreboards bearing the school’s old name are to be replaced at a previously estimated cost of $13,000, Henrico schools officials said athletic uniforms and other gear bearing the old name will be replaced when the items wear out.

However, community efforts have started to raise money to pay for those replacements.