Our children pay the price 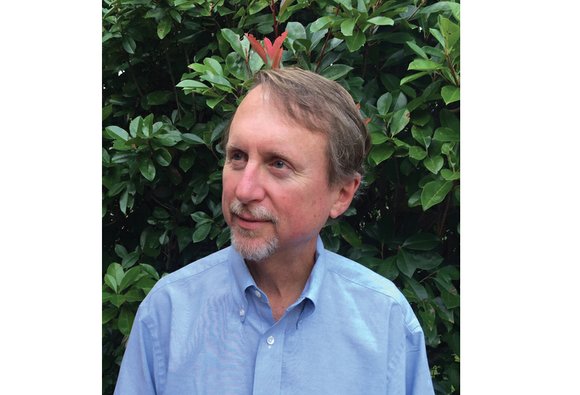 Editor’s note: The 65th anniversary of the historic Moton School student strike in Prince Edward County over conditions at the deteriorating, unequally funded school for black children was marked recently in Farmville. The 1951 strike, led by 16-year-old Barbara Johns, resulted in the Virginia lawsuit that became part of the noted Brown v. Board of Education decision in 1954. This column was written following the anniversary commemoration on April 24.

On the manicured lawn of the state Capitol in the heart of Downtown Richmond, a young African-American woman stands her ground — stands our common ground, in truth, waiting for us to join her.

Day and night, she never leaves, her left arm outstretched, trying desperately to get our attention.

The statue of Barbara Johns is the centerpiece of the Virginia Civil Rights Memorial on Capitol Square. Sixty-five springtimes ago, the 16-year-old Miss Johns led her classmates at Robert Russa Moton High School in Prince Edward County in a strike against separate and unequal school facilities for blacks. That nonviolent, two-week mass protest on behalf of equality for African-Americans preceded Rosa Parks’ refusal to move to the back of an Alabama bus by more than four years. The modern Civil Rights Movement was born that day, April 23, 1951, in Farmville, the county seat.

Miss Johns remembered praying to God, “We are your children, too.” Her words are the same heart cry filling the silence of studied indifference that remains in too many communities today — “Black Lives Matter.”

Students at Moton High School attended class in tarpaper shacks built next to their high school building that was bursting at the seams with overcrowding. White students down the street attended a state-of-the-art school.

While today there are no more tarpaper shacks among public school facilities, there are crumbling facilities, particularly in inner-cities, that effectively declare to African-American children, “No, your lives do not matter very much.”

Such facilities speak a lie.

The lives of those children do matter.

Miss Johns’ words, “It felt like reaching for the moon,” are carved into the Virginia Civil Rights Memorial behind her figure. The dream of equality seemed to Miss Johns beyond the reach of a black teenager living in the rural South in the 1950s. The same dream burning in the hearts of too many children today seems just as far away.

The action of Miss Johns and her classmates led to a legal battle to end segregation that contributed heavily to the Brown v. Board of Education case and 1954 U.S. Supreme Court decision that outlawed separate and unequal schools as unconstitutional.

Unfortunately, the condition of separate and not equal remains — both in the inner city and in rural America, where public school facilities and/or curricula are separate from their well-funded, and generally white, suburban counterparts and not equal to the challenge of providing the education all of our children need and deserve.

Too often lately, it seems the Civil Rights Movement struggles to survive, and our children always pay the most hurtful price when its heartbeat is allowed to flatline.

As a nation of people, we are still very much in the course of our human event. We all need to become Founding Fathers and Founding Mothers, just as Miss Johns and her classmates did on April 23, 1951. Look around this nation. So much “founding” of America remains undone.

So let us not leave Barbara Johns standing alone on the Capitol grounds. Let us gather our own wrinkles and veins and walk forward together, hand in hand and heart to heart, a community of people in every corner of this Commonwealth and country.

If we do so, the dream of every child to live a life that matters — the dream they feel shining deep inside them like a moon in the wide night sky — will be brought right where it should be, exactly where it must be.

Right there, within their reach.

The writer attended Richmond Public Schools during court-ordered busing for desegregation in the 1970s before graduating from Douglas Freeman High School in Henrico County. He is the former editor of The Farmville Herald newspaper in Prince Edward County.