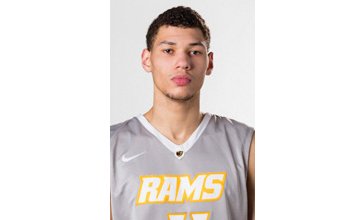 Virginia Commonwealth University’s list of basketball players who are transferring continues to grow.

Michael Gilmore, a 6-foot-9 sophomore from Jacksonville, Fla., is the latest Ram to depart.

Nephew of NBA great Artis Gilmore, the forward was used sparingly during the second half of last season, but he erupted for 12 points in the Rams’ NCAA Tournament loss to the University of Oklahoma.

For the season, Gilmore averaged 3.2 points and 2.8 rebounds. He failed to appear in six games late in the season.

He is the third VCU player to transfer this year, following freshman Gerron Scissum and redshirt freshman Jon Nwankwo, both of whom were recruited by Coach Will Wade.

This follows a disturbing nationwide trend.

In recent years, about 700 athletes transfer each year at the 351 NCAA Division I schools. That’s an average of about two transfers per school per season.

Since 2009-10, when former Coach Shaka Smart arrived at VCU, here is a list of players who transferred from VCU and the schools in which they enrolled:

Also, Toby Veal and Terrance Shannon left VCU without finishing their eligibility. Heath Houston dropped off the team because of health concerns.

On the plus side, Coach Wade has brought in Issac Vann after one season at the University of Maine. The 6-foot-6 Vann averaged 16.4 points for the Black Bears while making the America-East All-Rookie team.

Vann, from Bridgeport, Conn., will sit out 2016-17 then have three seasons of eligibility.