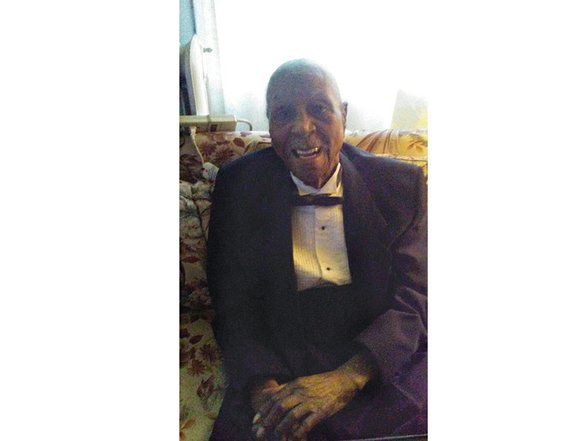 The Rev. John F. Tyler Jr. was born in 1916, early enough to experience direct contact with the survivors of slavery. He also lived long enough to see the election of the nation’s first African-American president.

He was raised with four brothers and a sister in Varina, then a small enclave outside of Richmond, during a period of harsh segregation and severely restricted opportunities for African-Americans.

With intermittent opportunities for formal education, he often taught himself the lessons that needed to be learned, and refused to be defined by obstacles or limitations. He studied, eventually becoming an ordained minister at First Bethel Baptist Church in Varina more than 61 years ago. He moved to Richmond in 1965, and 10 years later founded the Northside Crusaders Baptist Church.

Rev. Tyler was a jovial man who “loved the Lord, life and family,” said his daughter Catherine Wells. Even raising nine children, he “made sure we got to Sunday school every Sunday, walking us all down that old dirt road to the church,” she recalled.

In Richmond, he pastored at Northside Crusaders Baptist Church for 32 years until he passed the baton to his son, the Rev. Theodore Tyler Sr., in 2007.