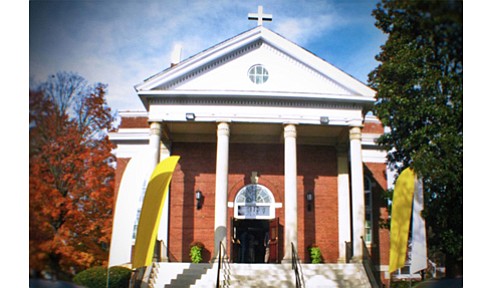 The plan to replace a vacant Catholic school on North Side with 80 affordable apartments is on hold as the nonprofit developer seeks to overcome opposition from neighborhood St. Elizabeth Catholic Church and nearby residents.

The Free Press reported on the plan in early February, but the proposal has been stalled since an ordinance to support the work was sent to Richmond City Council for approval.

Greta Harris, president and CEO of the Better Housing Coalition, confirmed Monday that opposition has stymied her group’s efforts to move ahead with the $12 million plan to build new units in place of the former St. Elizabeth’s School at 1031 Fourqurean Lane.

The school, closed since 1982, sits about a block away from the church.

Ms. Harris said the opposition is not unusual when affordable apartments are involved. She said her organization spent six months seeking to overcome resident opposition to the plan to create 52 apartments in and around the former Citadel of Hope on Venable Street in Church Hill at a cost of $10 million.

Ms. Harris said the city Planning Commission recently cleared the way for that development despite the opposition.

“It comes with the territory,” Ms. Harris said, who has long faced “not in my backyard” opposition to such developments.

In the case of the Venable Street development, residents opposed the project and the coalition because they wanted units that would carry a higher rent, she said.

In the case of St. Elizabeth’s School, the congregation of the church where U.S. Sen. Tim Kaine is a member is battling the project out of concern that it could disrupt the parish’s annual fundraiser, the St. Elizabeth Jazz & Food Festival. In its ninth year, the festival supports the church and its various ministries.

The church has used land near the school that is owned by the city for the festival and for parking, and is upset that the city has proposed selling small parcels of property to the coalition for the apartment development.

While the church does not own the school or any adjacent property, it has pushed the coalition for an agreement to ensure it can continue its project, Ms. Harris said.

“We are willing to work with them,” she said, but so far no agreement has been reached.

This is at least the fourth proposal to put apartments on the former school site. The three others won support from City Council, but never advanced.

The Catholic Diocese of Richmond appears to support the coalition’s plan as it has sold its remaining property in the area to the nonprofit.

Nearby residents, concerned about increased traffic on Fourqurean Lane, also oppose any development of the 6-acre property other than single-family homes.

Ms. Harris said the opposition led the coalition to drop plans to apply this year for federal housing tax credits, which would aid the coalition in financing the project.

She said that it would be next year before an application could be submitted to the state.

But if the opposition continues, she said the coalition ultimately could walk away. “There are plenty of other opportunities,” she said.