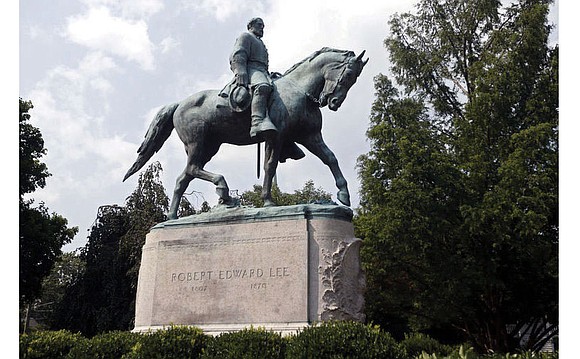 Confederate Gen. Robert E. Lee has taken one more step toward leaving the city of Charlottesville.

Despite a pending court case, the Charlottesville City Council voted 3-2 Monday to sell the city’s statue of the Confederate general which now stands in the center of the city.

“That emblem of white supremacy should have never been put up and it can’t be removed quickly enough,” said Ben Doherty, an organizer with Showing Up for Racial Justice. “I encourage City Council to pursue the options that most efficiently lead to its removal.”

The vote came after a year of contentious debates in the city about what should be done with the statue of Gen. Lee on horseback. City staff now has been directed to solicit proposals for the statue’s purchase. The buyer would be responsible for removing and transporting it.

Before the council vote, City Attorney Craig Brown reminded the members of the legal hurdle that needs to be navigated before the statue can be sold and relocated. The attorney referenced a pending court suit challenging the right to relocate the statue. The suit was filed by a coalition of mostly local community members and the Virginia Division of the Sons of Confederate Veterans.

In February, the council voted 3-2 to remove the statue, after which city staff devised options for how the city might do that. The staff advised that the city could sell, auction off or donate the statue.

Among other recommendations, the Blue Ribbon Commission on Race, Memorials and Public Spaces said the council should consider moving the Lee statue to McIntire Park.

However, three City Council members who voted to remove the statue affirmed last week that they are not interested in moving it to McIntire Park.

“If we truly want to be the capital of the resistance, then let’s show some leadership on this difficult issue,” Mr. Doherty added. “Respect the 3-2 vote and work with your colleagues to move forward as quickly as possible in removing this racist statue from our midst.”

The council also unanimously agreed to rename Lee and Jackson parks, as well. Lee Park is where the statue is located in Downtown. Jackson Park is named for Confederate Gen. Stonewall Jackson, whose statue also is situated there.

According to the resolution, staff will consult with the public over the next few weeks to come up with potential names for the two parks. The city’s Parks and Recreation Advisory Board and the Historic Resource Committee will narrow down the recommendations and share them with the council.

The City Council will consider the new park names at its June 5 meeting.