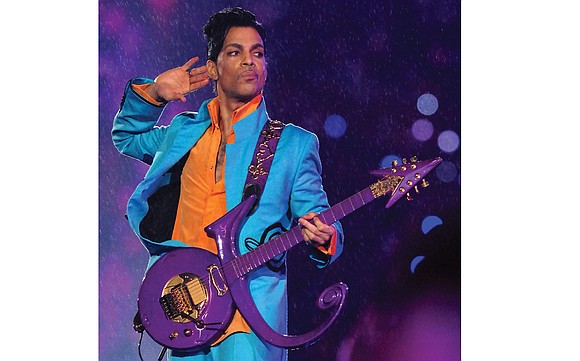 Police investigating the death a year ago of pop star Prince found numerous opioids scattered around his home, but appear not to have identified where or who supplied the dose of fentanyl that caused his death, according to court documents unsealed on Monday.

Some of the strong painkillers found at the musician’s Paisley Park complex outside Minneapolis had prescriptions in the name of his friend and bodyguard, the affidavits and search warrants showed.

The probe included searches of Prince’s computer, cellphone records of his friends and interviews with his associates. In October 2016, the probe was termed “an active homicide investigation” in the documents, but no one has been criminally charged. Investigators said this week the probe is still open and active.

Prince, 57, was found dead at Paisley Park on April 21, 2016. The official cause of death was given as an accidental, self-administered overdose of the painkiller fentanyl.

No prescriptions were found for fentanyl — a powerful drug that is 50 times stronger than heroin. The documents were kept sealed until Monday because Carver County, Minn., prosecutors feared potential witnesses might flee or potential evidence might be destroyed.

According to the search warrants, investigators found several pills labeled Watson 853 — the identifier for generic hydrocodone-acetaminophen.

A search also turned up other “numerous narcotic controlled substance pills” in various containers, including vitamin bottles, some of which were prescribed to Kirk Johnson, who has been identified through the years as Prince’s longtime friend, former drummer, bodyguard and estate manager.

“Many of those areas where the pills were located would be places Prince would frequent, such as his bedroom and wardrobe/laundry room,” one document stated.

Detectives were “made aware by witnesses that were interviewed, that Prince recently had a history of going through withdrawals, which are believed to be the result of the abuse of prescription medication,” the documents stated.

The documents also showed that some of the prescriptions were made out in the name of Mr. Johnson to safeguard “Prince’s privacy.”

Mr. Johnson’s lawyer did not return calls for comment on Monday.

The documents also revealed that Prince did not use a cellphone, and that he had email accounts in various aliases. He also did not have a regular doctor and his team would arrange for various physicians to give him vitamin B-12 shots before performances.