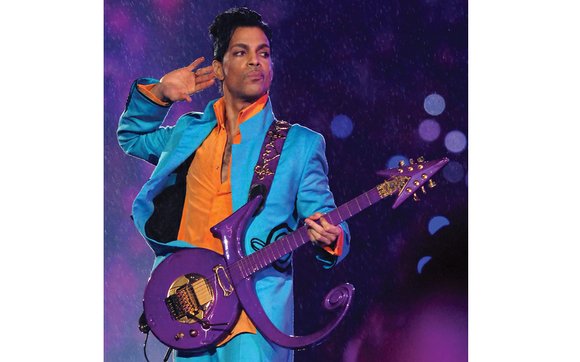 The report from the medical examiner who conducted Prince’s autopsy is tantalizing for what it doesn’t say.

The single-page document released last week lists a fentanyl overdose as the cause of death, but it offers few clues to indicate whether the musician was a chronic pain patient desperately seeking relief, a longtime opioid user whose habit became an addiction or a combination of both.

Authorities probably know much more than they are willing to discuss publicly as they seek the source of the fentanyl and consider criminal charges. For now, details in the report, combined with what’s known about Prince’s final days, hint at a fuller picture.

Among those details is a note that Prince’s body had scars on the left hip and right lower leg. The report doesn’t say, but it’s possible the scars were evidence of past surgeries for joint pain. At least one friend has said Prince suffered years of hip and knee pain from his athletic stage performances.

In many ways, the 57-year-old superstar fit the description of a chronic pain patient who got hooked on opioids, said Andrew Kolodny, director of Physicians for Responsible Opioid Prescribing. Opioids lead to tolerance, and some patients seek out stronger drugs after initial dosages stop working.

Relatives told researchers their loved ones, in the year before they died, had been misusing their medicine, taking more than prescribed or using painkillers to get high.

Less than a week before Prince died on April 21 in his home outside Minneapolis, his plane made an emergency stop in Illinois on a flight back to Minnesota following a concert in Atlanta. The Associated Press and other media organizations, citing anonymous sources, reported that first responders gave him an antidote commonly used to reverse suspected opioid overdoses.

Fentanyl is a powerful opioid prescribed by doctors to patients who develop a tolerance to other narcotics. It’s also a street drug with ties to labs in China that produce fentanyl equivalents for global distribution.

Heroin-spiked fentanyl is marketed with brand names such as “China White” or “Fire.”

Nothing in the report explains whether Prince used a pharmaceutical product or a street drug. The report is silent on whether it was prescribed by a doctor or obtained illegally.

(Federal law sets a 20-year minimum sentence for someone who illegally provides fentanyl that kills a person. In Minnesota, doing so could net a third-degree murder charge and as much as 25 years in prison.)

“Was it a lozenge? Was it a skin patch?” asked Dr. Yashpal Agrawal of the College of American Pathologists. What’s more, there are numerous ways to misuse and overdose on fentanyl, by applying multiple skin patches or eating one, Dr. Agrawal said.

The report says nothing about other drugs Prince may have been taking. Some prescription drugs can affect the way fentanyl is processed by the body, increasing its toxicity, Dr. Agrawal said.

Some opioid users — whether they start as legitimate pain patients or recreational users — become addicted and lose control over how much they take. They use much more than is prescribed or seek out drugs on the black market.

Some also try to get drugs by “doctor shopping,” visiting various health professionals until they find one who will prescribe opioids.

Minnesota, like most states, runs a monitoring program to track prescriptions of opioids and other high-risk drugs. The database includes the names of the patients prescribed the drugs, although those names are only available to law enforcement for 12 months from when pharmacies or doctors record it. Minnesota shares information with 21 states.

Law enforcement authorities can access information about a person’s prescription history in the system if they get a search warrant.

Nothing in the report indicates whether Prince’s name appears in the database.