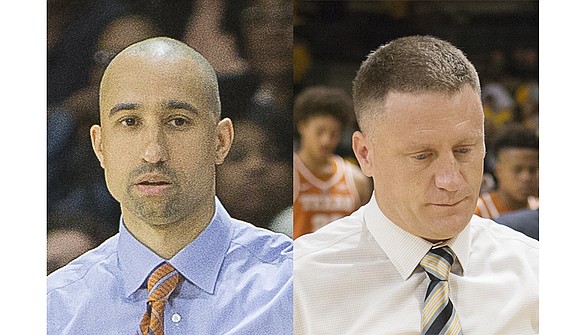 Coach Shaka Smart has proven he can win as both the home and visiting coach at Virginia Commonwealth University’s Siegel Center.

Now in his third season coaching at the University of Texas, Coach Smart and his Longhorns rallied to beat a furious VCU Rams comeback to win 71-67 Tuesday night at the sold out and raucous facility on West Broad Street.

The Rams couldn’t make up the difference.

VCU was led by Justin Tillman with 22 points and 10 rebounds, while Lane added 15 points and Di’Riante Jenkins, 12.

A clause in Coach Smart’s contract at VCU required him to return to Richmond for a home game if he left VCU before his pact expired.

He is the first former VCU coach to prevail under those circumstances. Coaches Jeff Capel and Anthony Grant weren’t so fortunate. On Dec. 12, 2008, Coach Jeff Capel’s Oklahoma Sooners lost 81-70 to VCU, while Coach Grant’s Alabama Crimson Tide was beaten by the Rams 73-54 in Richmond on Dec. 15, 2012.

Former VCU Coach Will Wade (2015-2017), who is now at Louisiana State University, will bring his Tigers to Richmond at some unspecified future date.