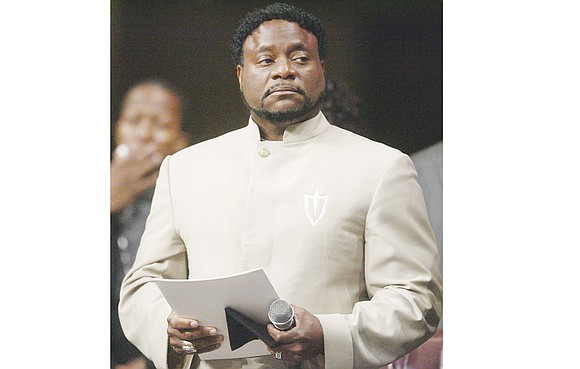 During a 30-year tenure, Bishop Eddie Lee Long transformed the once tiny New Birth Missionary Baptist Church near Atlanta into a megachurch that peaked at 25,000 members before he became embroiled in a sex scandal.

A controversial figure who lived a lavish lifestyle and earned millions of dollars from real estate investments and book royalties while pastor, Bishop Long died Sunday, Jan. 15, 2017. His church attributed his death to an aggressive form of cancer.

Bishop Long, 63, reportedly had been battling the disease for months.

A promoter of prosperity gospel, which asserts that God rewards believers with material wealth, he preached his last sermon on New Year’s Eve.

“I am confident through my belief in God that my husband is now resting in a better place,” said his wife, Vanessa Long.

Born in Huntersville, N.C., Bishop Long earned a bachelor’s in business administration from North Carolina Central University in 1977. He initially worked in sales for Ford Motor Co., then turned to religion after losing his corporate position.

After leading a small church in Jonesboro, Ga., he was called to the pulpit at 300-member New Birth in 1987.

He built a large following by authoring books and using radio and TV broadcasts to promote a conservative theology in which he coupled prosperity with messages for women to be submissive to husbands and condemned homosexuality.

He also gained the title of bishop in 1994 by enrolling New Birth Missionary Baptist in the Full Gospel Baptist Church Fellowship, which is aligned with Pentecostal practices and titles.

But his church’s growth ended in 2010 when four young men went public with allegations that Bishop Long had coerced them into sexual relationships while they were teenagers and members of his congregation.

In lawsuits that drew national attention, each told similar stories of Bishop Long approaching them, calling them spiritual sons and offering them money, cars and trips to exotic locations in exchange for sex.

The lawsuits eventually were settled, but more than half the members left his church. At his death, the church reported about 10,000 members. The allegations also led to the closing of the church’s school, New Birth Christian Academy.

Bishop Long’s peak as a pastor came in 2006 when the children of Dr. Martin Luther King Jr. held the funeral for their mother, Coretta Scott King, at New Birth Missionary Baptist, and he officiated at the funeral attended by four presidents.

A year later, he and other wealthy pastors became the subject of an embarrassing U.S. Senate investigation into the wealth they had amassed, although the probe did not usher in any change.

Bishop Long received attention for reportedly earning more than $3 million from a charity that received royalties from his books and earnings from investments in which he was involved.

In addition to his wife, Bishop Long is survived by four children and three grandchildren.