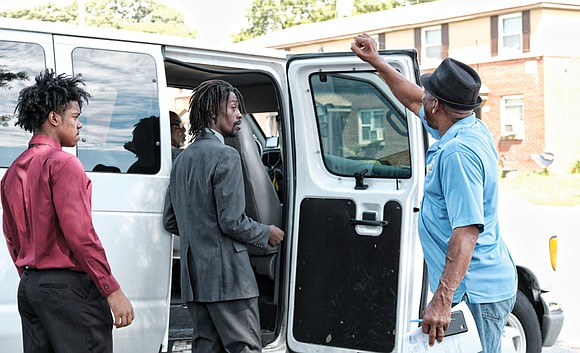 Job seekers in Hillside Court getting picked up by a van to take them to Food Lion stores to be screened for employment.

And a work experience program for people seeking to qualify for full-time jobs as custodians, groundskeepers and customer service workers.

These are the first efforts of a new initiative of the Richmond Redevelopment and Housing Authority to open employment doors to more public housing residents.

The initiative, part of an undertaking by RRHA to revamp resident services, is being led by RRHA program specialist Ralph Stuckey, a 17-year veteran of the authority.

“Our goal is to help residents move to self-sufficiency and it starts with a job that pays a living wage,” Mr. Stuckey said.

The jobs effort dovetails other parts of the revamped program that focus on health and education, according to Orlando Artze, special assistant to RRHA CEO T.K. Somanath.

Mr. Artze has spent the past 18 months reviewing RRHA’s ties with nonprofit providers and the services offered, and how to make the efforts more targeted.

He said the changes are an outgrowth of RRHA’s promises to create wraparound services for residents as part of an effort to transform Creighton Court from a poverty center into a mixed-income community.

While RRHA has offered workforce programs in the past, Mr. Stuckey said the new effort is more focused on achieving results.

The program is needed. Hundreds of residents in RRHA’s communities are unemployed or underemployed, Mr. Stuckey said. That’s despite the overall good news on the jobs front in Richmond, with a growing labor force and an overall unemployment rate of around 4.3 percent that is down sharply from the near 10 percent level of a few years ago, according to the Virginia Employment Commission.

According to RRHA statistics, the average income for RRHA residents hovers around $10,000 a year.

The initiative is seeking to change that picture by linking residents to opportunities they may not be aware of, Mr. Stuckey said.

“It’s a process. And it’s going to take time. For every resident we can place in a job, there could be five or six who are still in line,” he said.

As part of the effort, he said RRHA has created a small work experience program that pays five residents for on-the-job training for 90 days, with at least three being offered permanent positions.

RRHA hopes to work with up to 10 residents a year, he said, and is seeking to expand the offering by turning the effort into a state-approved apprenticeship program.

Mr. Stuckey said he also is collaborating with various government and private resources to help residents get the help and training they need to be ready for employment. Partners include the regional Resource Workforce centers, the city’s Center for Workforce Innovation, the Career Advantage Program for young people ages 17 to 24, the Adult Alternative construction training program and J&G Consulting Services.