Spotlight on sculptor of the Maggie L. Walker statue 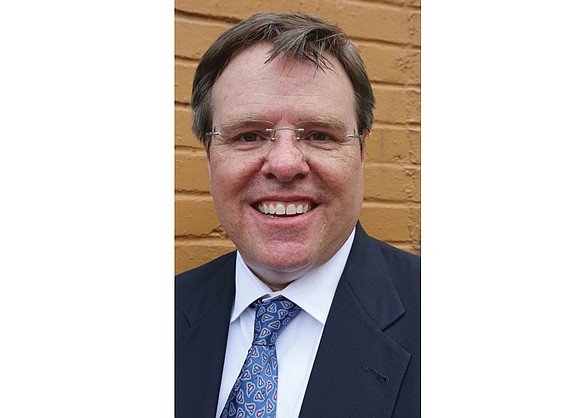 Antonio “Toby” Mendez did not know much about Maggie L. Walker when he first began working on the statue that now stands at Adams and Broad streets in Downtown Richmond. But as the process of making the statue progressed, he learned more about her life and works.

“I kept finding myself saying, ‘She did that too?’ ” he says.

“Maggie Lena Walker was a dynamo, did everything and did it well. She was constantly raising the bar for the people around her. She did that by making opportunities for people through jobs and education.”

Mr. Mendez was chosen by the Richmond Public Art Commission from nearly 100 applicants as the artist to sculpt the statue of Maggie Lena Walker that was unveiled last Saturday to the cheers of hundreds of people, including Mrs. Walker’s descendants, Maggie L. Walker High School alumni, city officials and others. The 10-foot bronze statue stands in a new plaza that also has information about her life.

The biggest challenge, Mr. Mendez says, was making sure that all stakeholders were clear on what time period in Mrs. Walker’s life the sculpture would represent. Mr. Mendez attended community meetings with images of Mrs. Walker to clearly articulate his vision. The final piece represents Mrs. Walker at the height of her career, when she was in her mid- to late 40s to early 50s.

“The best part was meeting the family, working with the National Park Service and working with people in the community,” he says. “I feel like I made more than a handful of friends in the process.”

As a sculptor, Mr. Mendez is an avid reader, which he describes as a critical part of his research process. For the Walker statue, his research including going through archive materials from the National Park Service, online sources and talking to historians about Mrs. Walker. He also brought his cumulative knowledge to the project. He says this enabled him to dive right into the work.

“We didn’t have to spend too much time setting the stage. I already had context. We got right to the material that is pertinent to telling her story.”

While a project of this magnitude will have some critics, the 53-year-old Pleasant Valley, Md., resident says he takes it in stride.

“Certainly there were people who were obstructionists. But you have to keep in mind change never comes easy, and sometimes you just have to keep focus and have faith that doing the right thing is never wrong.”

He also credits the project’s success to the work of his collaborators. Mrs. Walker had an influence on him as well, he says, adding that she likely would have advice for him if she could see the completed project.