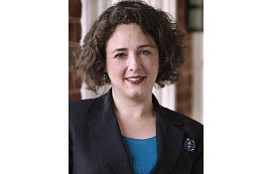 HOME later conducted a compliance investigation of Wells Fargo to see if it continued such practices. HOME took the results to government regulators and directly to the bank for an explanation.

The findings have not been made public.

On Monday, HOME and Wells Fargo announced that the bank has agreed to provide $4 million to the nonprofit to help “increase home ownership opportunities for and expand lending to African-Americans and in African-American neighborhoods.”

The grant, essentially, is one way of Wells Fargo showing that it is trying to change.

The Richmond announcement dovetails with Wells Fargo’s commitment of $60 billion over the next 10 years to create at least 250,000 new African-American homeowners across the nation, bank officials said.

The grant to HOME includes $3 million, or $750,000 a year for four years, to enable the nonprofit to expand its counseling programs that assist primarily African-American families to qualify for mortgages or current homeowners to avoid foreclosure.

Wells Fargo also promised to provide HOME with $1 million, or $250,000 a year for four years, to enable the nonprofit to increase its ability to provide down payment assistance to potential buyers of modest means.

It is similar to the grants that Wells Fargo previously made to the cities of Baltimore and Memphis, Tenn., which sued the bank over biased lending in those cities.

Heather Crislip, HOME president and CEO, praised Wells Fargo for responding to HOME’s concerns. With Wells Fargo being the region’s largest mortgage lender, she said that the bank’s gift “will set the standard for others to follow.”

Ms. Crislip said the money would enable her group to work with families and individuals with incomes above 80 percent of the Richmond region’s median income, which is now $78,700 a year. The median income is about the midway point, with half of the people with higher incomes and half with lower incomes.

HOME receives about $1 million a year from Richmond, the state and other area governments to support its counseling services, but the funds are limited to serving those with incomes at or below 80 percent of the median.

“We often have to turn people away who need our help because their incomes are too high,” Ms. Crislip said. “Now we’ll be able to assist them.”

She said HOME counsels about 300 families a year and expects that number to increase to 450 families.

The group also provides about 80 families a year with down payment assistance, and expects the Wells Fargo grant to enable HOME to help an additional 33 families a year.