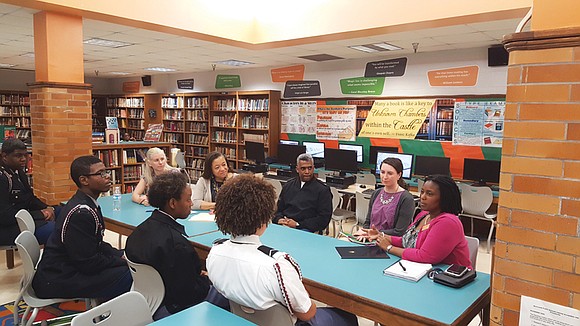 Four hundred years after the death of Pocahontas, her life will be commemorated with a program designed to honor her legacy, beginning with 14 Richmonders traveling to St. George’s Church in Gravesend, England, where she died in March 1617.

Replenish Richmond, a local community development organization founded by Rick Tatnall, has organized the Pocahontas History Project to weave a connection between Pocahontas’ birthplace in Virginia and her burial site in England.

Plans for the seven-day journey that starts Thursday, March 16, include a stop in Richmond’s English namesake, Richmond upon Thames, a borough in southwest London.

“The goal is to get past the mythos and do what we can to look at Pocahontas as a real person,” Mr. Tatnall said. “We want to go beyond the myths portrayed in places like the Disney movie, ‘Pocahontas.’ ”

Upon their return, the travelers will participate in additional projects to expand upon what they know and learn about Pocahontas, daughter of Native American Chief Powhatan.

Among the four additional projects is “Richmonds of the World,” designed for students to make cultural comparisons and contrasts with cities around the world called Richmond.

The study abroad experience is being funded by private donations, Mr. Tatnall said. Replenish Richmond has teamed up with Friends of Richmond Trails and the Enrichmond Foundation to raise $44,000 for the trip and to fund the four projects.

Travelers are responsible for raising $500 toward the total cost of the trip, which is $1,750 per person.