Wilder in legal brawl with his former lawyers Goldman, Morrissey 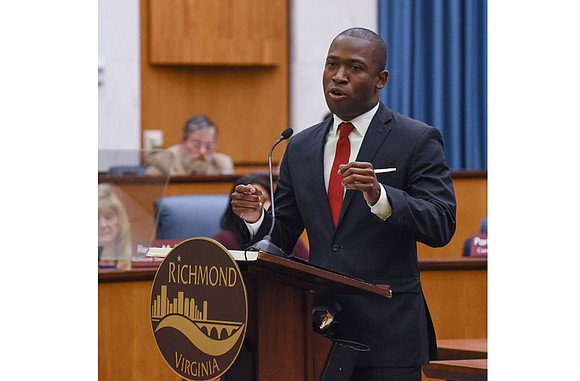 The two are going head to head over the question of whether Mr. Wilder owes $130,290 in legal fees to Mr. Morrissey and his law partner, Paul Goldman, for their work in representing the virtually defunct U.S. National Slavery Museum that Mr. Wilder spent more than 10 years trying to develop in Fredericksburg.

The battle is spelled out in legal documents filed in Richmond Circuit Court and in a slow-moving complaint Mr. Wilder filed in September 2014 against Mr. Morrissey with the Virginia State Bar, the regulatory body for lawyers.

The roots of this fight go back four years as Mr. Wilder sought to save the museum property, which the City of Fredericksburg was seeking to foreclose on and sell to collect unpaid real estate taxes.

It is clear that Mr. Wilder talked to Mr. Morrissey and Mr. Goldman about representing the museum as he sought to forestall the foreclosure. While the sale ended up being delayed, the museum’s property ultimately came under new ownership.

However, Mr. Wilder never signed any agreement to pay Mr. Morrissey and Mr. Goldman, even though they allege they sent him several letters seeking payment.

Mr. Wilder insists in the documents that Mr. Morrissey and Mr. Goldman, who played a key role in at least two of his election victories, agreed to represent the museum without charge, or in legal jargon “pro bono.”

Indeed, his complaint to the State Bar is based on his claim that Mr. Morrissey and Mr. Goldman agreed to work for free and then turned around and sought money for the work in violation of the rules lawyers must follow.

Mr. Morrissey and Mr. Goldman are equally adamant that Mr. Wilder verbally agreed to pay their firm’s $400-an-hour charge and then stiffed them after they spent more than 325 hours on legal matters involving the museum, along with covering filing fees and other expenses, including travel, none of which was reimbursed.

In a lawsuit the Morrissey & Goldman firm and the two partners have filed in Richmond Circuit Court but have yet to serve on Mr. Wilder, Mr. Goldman alleges that the firm got involved because Mr. Wilder called him for legal help on March 4, 2013.

From there, the stories diverge sharply over what agreements were made to pay the legal fees. Mr. Goldman asserts in the suit that Mr. Wilder was fully aware that the firm planned to charge for its services and that he promised to sign the engagement letter, but Mr. Wilder alleges that he made no such promise.

What is most evident is the serious breach in the long relationship between Mr. Wilder and Mr. Goldman that dates back to 1985 when Mr. Goldman managed his historic and successful campaign to become Virginia’s first African-American lieutenant governor.

Mr. Goldman also aided Mr. Wilder in his even more historic victory for governor in 1989, when he became the first African-American in the nation to be elected a U.S state’s chief executive.