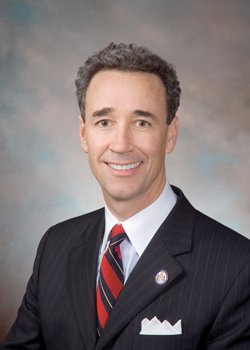 Next week, a three-judge panel will decide whether to again suspend or revoke the law license of former Delegate Joseph D. “Joe” Morrissey.

The panel has scheduled a two-day hearing, beginning 9 a.m. Wednesday, Aug. 2, on allegations by the Virginia State Bar that Mr. Morrissey violated legal canons. It will be held in the John Marshall Courts Building in Downtown.

The case represents another round in a long-running legal battle between Mr. Morrissey and former Gov. L. Douglas Wilder.

The fight relates to the legal representation that Mr. Morrissey and his firm provided a few years ago to the planned National Slavery Museum that Mr. Wilder unsuccessfully sought to develop in Fredericksburg.

Most of the allegations are based on a complaint Mr. Wilder filed against Mr. Morrissey regarding that representation and Mr. Morrissey’s alleged failure to return the museum’s legal file.

“I’m ready,” Mr. Morrissey said this week when asked if he is prepared to defend himself against the latest charges from the State Bar, which regulates lawyers and investigates and prosecutes complaints against them.

Mr. Morrissey was stripped of his law license in 2003 for failing to promptly notify his clients, judges and opposing counsel that his license to practice law had been suspended in December 2000.

His license was reinstated in 2012 by a 4-3 decision of the Virginia Supreme Court.

The bar hearing follows Monday’s anticlimactic initial round in the Wilder-Morrissey legal fight in Richmond Circuit Court. In that lawsuit, Mr. Morrissey was seeking payment for legal fees he said Mr. Wilder never paid him for representing the planned museum.

The hearing was called off when Mr. Morrissey declined to proceed. He had filed a motion for dismissal of the case on July 20, which was approved by Richmond Circuit Court Judge Bradley Cavedo. In legal jargon, the case was non-suited.

Mr. Morrissey told the Free Press on Monday that his attorney is rewriting the pleadings and would refile the case within the allowed six months.

State law allows a plaintiff one opportunity to non-suit a case and refile.