Hearing set for May 8 in Wilder-Morrissey lawsuit 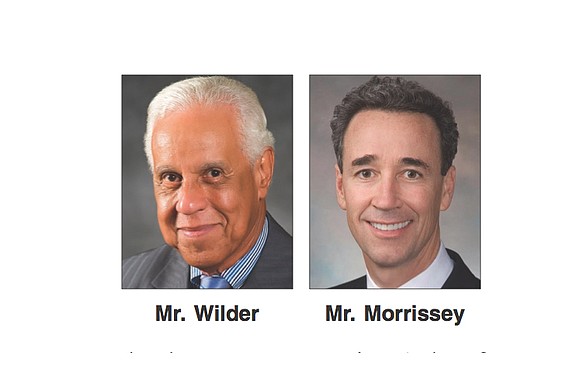 The legal fight between former Gov. L. Douglas Wilder and former Delegate Joseph D. “Joe” Morrissey could come to a head next week.

Mr. Wilder and Mr. Morrissey are scheduled to appear before a Richmond Circuit Court judge on Monday, May 8, on a motion to dismiss a suit that Mr. Morrissey filed.

In his suit, Mr. Morrissey alleged that Mr. Wilder failed to pay his firm legal fees for representing the planned National Slavery Museum a few years ago in trying to prevent the sale of the museum’s land in Fredericksburg for nonpayment of taxes.

In his filing, Mr. Wilder, who is representing himself, claims that he owes Mr. Morrissey’s law firm nothing because Mr. Morrissey and an associate, political strategist Paul Goldman, agreed to represent the museum at no charge.

Mr. Wilder also has argued in documents filed with the court that even if he owed money, he cannot be made to pay because Mr. Morrissey waited too long to file the suit. He also noted that Mr. Goldman is not a licensed attorney in Virginia and so cannot be due legal fees.

Mr. Morrissey filed suit in February claiming that Mr. Wilder and his associate, H. Louis Salomonsky, agreed to pay and then refused to respond to bills for work done by Mr. Morrissey’s firm. — JEREMY M. LAZARUS