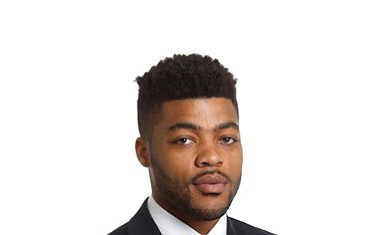 Frank Mason III’s legion of basketball fans will get a chance to see their hero up close and personal in Petersburg and Richmond.

Friday, May 19, and Saturday, May 20, have been named Frank Mason Day in events being organized by Tarrer Management Group LLC, a sports agency.

Earlier this year, Mason swept all the national individual honors in basketball, winning the James A. Naismith, John Wooden, Oscar Robertson, Bob Cousy, Sporting News and Associated Press Player of the Year awards. He also was named Big 12 Player of the Year after leading Kansas to the conference title.

The Mason Day festivities will begin Friday, May 19, at Union Station, 103 River St. in Old Town Petersburg. The basketball star will be presented a key to the city by Petersburg Mayor Samuel Parham at 7:10 p.m.

Slated to speak at the program are former Petersburg High Coach William Lawson III and University of Kansas Coach Bill Self, who is traveling from Lawrence, Kan.

Also, the name of the street now called Pin Oak Drive in Petersburg will be changed to Frank Mason Way in his honor.

On Saturday, May 20, Mason has agreed to participate in a Crimson Wave alumni game at Petersburg High’s William Lawson Jr. Gymnasium at 2 p.m.

At halftime of that exhibition game, Mason’s high school jersey, No. 15, will be retired and hung from the gymnasium’s rafters.

At 6:05 p.m. May 20, Mason will be at The Diamond, Richmond’s baseball stadium, to throw out the first ball at the Richmond Flying Squirrels game against the Harrisburg Senators. He will be available for autographs after the ceremonial first toss.

Mason is competing this week at the NBA Combine in Chicago. He is hopeful his name will be called June 22 at the NBA draft in Brooklyn, N.Y.