Spotlight on founder of Fountain for Youth Foundation 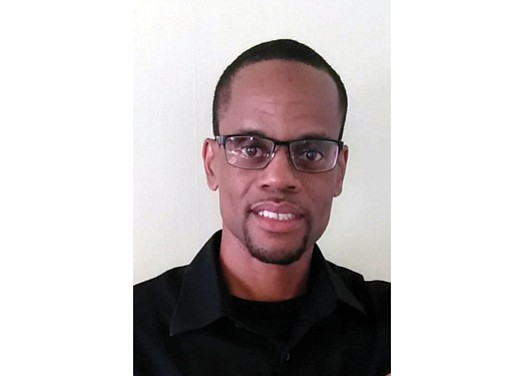 Hassan Fountain Sr. has a vision of placing children’s libraries in every subsidized housing community across Virginia, especially in Richmond, to increase literacy and help youths see a brighter future.

That vision was the seed for Mr. Fountain creating Fountain for Youth Foundation, a literacy advocacy organization whose mission is to raise awareness, build character and literacy for children living in low-income communities by giving them books and establishing libraries in their neighborhoods. “There are not a lot of people working on literacy in low-income areas,” the 41-year-old says. “Many of these children don’t have the opportunity to get to a public library because of transportation problems, safety in their communities and many other factors.”

So Fountain for Youth is working to fill the void.

To date, Mr. Fountain says, the foundation has placed 32,000 books in eight community libraries — seven in the Richmond area and one in Halifax County, where he spent his teenage years.

All are in located in low-income communities, among them Gilpin Court at the Friends Association building, community centers in Blackwell and Mosby Court public housing communities; the Boys and Girls Clubs of Metro Richmond Fairfield Court unit, and Country Green Apartments in South Boston in Halifax County.

Another library, sponsored by an area McDonald’s, is situated in Henrico County’s Essex Village complex, which was sold recently and renamed the Maggie Lena Walker Apartments, he notes. Each was started with about 3,500 books, he says. The collections grow periodically with the help of his wife, family, friends and sponsors.

His wife, Emerald, and others, he explains, help collect thousands of book on different categories and topics — African-American and American history, sports, science, math and other subjects.

Several sponsors also have come on board, he says, including his company, Coca-Cola Bottling Co. Consolidated, where he works as a machine operator. Coca-Cola, Kool Smiles, McDonald’s and others have been open to fund the book and reading areas that include beanbag chairs and other fun accessories for children. Many are happy that someone is trying to help area children.

“Reading opens up a child’s imagination,” Mr. Fountain says. “No matter where you live, no matter what you are going through, pick up a book and it can take you anywhere — Mars, Arizona or California.

“Books will open up your mind and let you know that you can get out of your bubble. You don’t have to be a product of your environment.”

The Fountain for Youth Foundation plans to open 18 more libraries in 2018 in different parts of the state, he says, including Petersburg, Portsmouth, Danville and Roanoke.

Mr. Fountain’s interest in books, reading and education started at a young age. His mother, Vivian Graves, is a longtime schoolteacher. He said her job didn’t pay much years ago, and his life growing up was similar to that of the children his libraries serve. “I grew up in public housing in South Side from elementary to middle school in the 1980s when the neighborhood was really drug infested and where murders were going on,” he says.