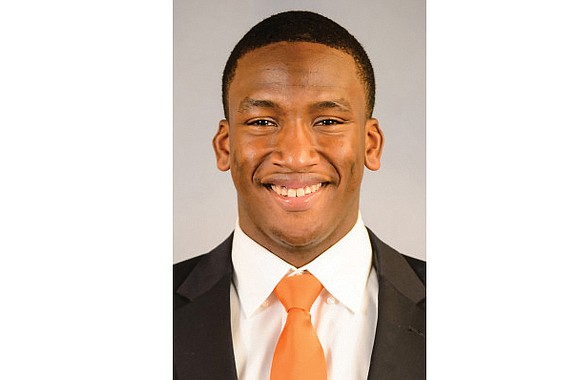 Quarterbacks are at their best when they have ample time to spot their receivers and deliver the football in comfort.

Clelin Ferrell tries to make sure that doesn’t happen.

Wearing jersey No. 99, Ferrell’s relentless pressure on Virginia Tech quarterback Josh Jackson was a top reason why Clemson left Blacksburg last Saturday with a 31-17 victory and a No. 2 national ranking behind the University of Alabama.

Ferrell’s incessant treks into Tech’s offensive backfield made life miserable for Jackson and anyone trying to block him.

Ferrell led Clemson in quarterback pressures last season with 24 and is the Tigers’ leader again this season with 17 during Clemson’s 5-0 start.

This is Ferrell’s third season at Clemson, making him NFL draft eligible in the spring of 2018.

He is one of three former Richmond area players on Clemson’s roster, joining defensive back K’Von Wallace from Highland Springs High School and running back Sylvester Mayers from Benedictine.

Wallace plays regularly in the Clemson secondary. Mayers is a freshman who has yet to play.