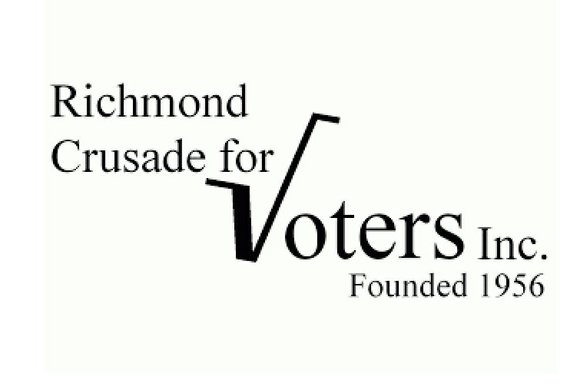 Want to learn more about the Richmond candidates on the November ballot?

The Richmond Crusade for Voters is hosting free public forums next week to allow voters to get to know the candidates seeking office in the city, it has been announced.

From 6 to 8 p.m., the program is to focus on the four candidates for the 3rd District School Board seat now held by Cindy A. Menz-Erb, who was appointed to the board and is seeking her first elected term against four challengers. They are: Dorian A. Daniels, Kenya J. Gibson, Joann Henry and Kevin A. Starlings.

That event will focus on candidates for the House of Delegates and candidates seeking to replace outgoing City Treasurer Eunice Wilder.

The forum for House candidates in Districts 68, 69 and 74, including incumbents and challengers, is from 6 to 8 p.m.

The forum for the three candidates for treasurer will be 8 to 10 p.m. The candidates are Democratic nominee Nichole O.R. Armstead and two former members of City Council, Michelle R. Mosby and L. Shirley Harvey.