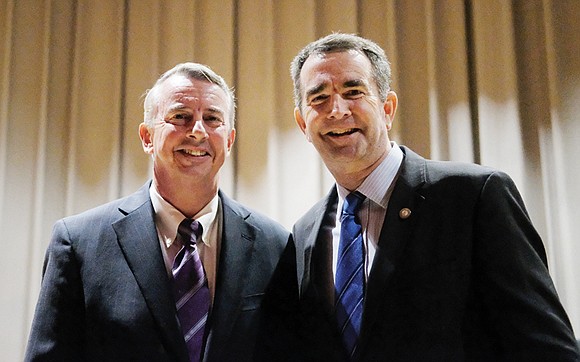 At the forum held at Virginia Union University, Democratic Lt. Gov. Ralph S. Northam and Republican Ed Gillespie said they want Virginia’s schools to be top notch, but differ slightly on how to make it so.

“We start by making sure we pay our teachers ­at least the national average,” Lt. Gov. Northam said, citing 2016 data from the National Education Association showing Virginia teachers are paid about $7,500 less than the U.S. average.

“We also have to look at classroom size,” he said, noting that high classroom head counts are linked in part to poor teacher recruitment and retention.

Mr. Gillespie pledged to prioritize teacher compensation and address recruitment and retention, but said, “I also think we have to shake up the system a little bit.”

He called for Virginia to allow the opening of more public charter schools, saying, “People of means have education choice.”

“If you do them right and you do them in the right population centers with the right school systems, I think they provide parents more options.”

The candidates did not appear together on stage. Instead, they each took a 45-minute round of questions from moderators Phillip E. Thompson, president of the Loudoun County Branch NAACP, D.J. Jordan, vice chair of the Prince William County Republican Committee, and former Delegate Michael Futrell, a Democrat who represented Prince William County.

The candidates also talked about last month’s deadly white supremacists rally in Charlottesville and their views on removing Confederate statues from public property.

Lt. Gov. Northam reiterated his stance made public following the Aug. 12 Charlottesville violence that Confederate statues should be removed throughout the state and that “civil rights advocates like Barbara Johns and Oliver Hill” should be memorialized with statues instead.

He also criticized President Trump for not denouncing the neo-Nazi, Ku Klux Klan, white supremacists and other hate groups that instigated the violence.

“When we talk about diversity, inclusivity starts with leadership. And I regret that the president of this great country did not denounce what they were there for. He didn’t call it out for what it was,” Lt. Gov. Northam said.

Mr. Gillespie condemned the hate groups who attended the rally, but did not comment on his views on President Trump’s remarks on the matter.

He also said decisions on whether to remove Confederate statues from public property should be made at the local level.

“If you impose a solution from the top down,” he explained, “you don’t ease tensions, you exacerbate them.”

He said his personal preference is to put the statues in “historical context,” an approach to which should be decided by localities.

“I would not take them down,” Mr. Gillespie said. “I think we do need to teach about the objects of the statues. We don’t need to glorify them. We need to educate about them. We need to acknowledge that we were on the wrong side of history in Virginia.”