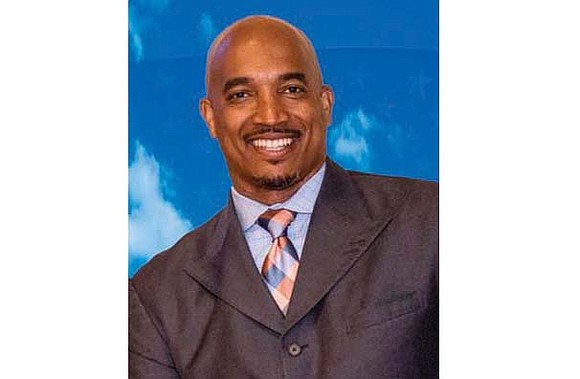 The war of words over Confederate statues in Richmond appears to be just getting started.

In the weeks and months ahead, Richmond City Council is poised to consider a nonbinding resolution from 9th District Councilman Michael J. Jones that aims to put the governing body on record as favoring removal.

More protests and demonstrations also are being planned to call attention to the bronze figures on Monument Avenue, with statue opponents, who see them as symbols of white supremacy, and statue supporters, who consider them icons of heritage, eager to express their viewpoint.

At 6 p.m. Tuesday, Oct. 10, an anti-statue coalition will hold a “March of Accountability” with the statue of Confederate Robert E. Lee as the starting point. They plan to march to City Hall and then to the African Burial Ground in Shockoe Bottom.

The march is being held, according to a statement, to decry the “utter disrespect for the lives of black people in Richmond,” exemplified by the “extremely weak response by public officials to demands to take down the Confederate statues on Monument Avenue.”

Organizers said the march also will mark the 217th anniversary of the execution of Gabriel, leader of Richmond’s largest slave rebellion.

Meanwile, the Tennessee-based CSA II: The New Confederate States of America, the group that brought six people to Richmond earlier this month for a disruptive rally in support of the statues, has announced plans on Facebook to return on Saturday, Dec. 9. Once again, they plan to raise a ruckus in protest of calls to remove the Confederate statues.

They originally planned to come Saturday, Dec. 2, but changed the date after furious Richmonders complained on the group’s social media site that it was the date of the city’s annual Christmas Parade.

In mid-January, Virginia pro-Conferedates again are expected to hold a flag-waving at the Lee statue to mark the Jan. 19 birthday of their hero.

And that doesn’t count all the civic meetings, church sessions and other places where the statue issue will get an airing.

The action in Richmond is part of the debate sweeping the nation about retaining such symbols, ignited in part by a white supremacist’s slaughter of nine African-Americans during a June 2015 Bible study at an historic church in Charleston, S.C., and the bloody and deadly demonstration of neo-Nazis and white supremacists in Charlottesville in August.

In Virginia, the statues are now an issue for the candidates for governor, with Democrat Ralph Northam saying he believes that localities should decide whether they stay or go and Republican Ed Gillespie arguing that Confederate statues should stay, but be put in context.

One thing is certain: Whether the statues stay or go is dominating conversations about public policy.

Still, City Council is not rushing to make Richmond the next Baltimore or New Orleans, both which have taken down Confederate statues.

Councilman Jones is frustrated that other cities are moving far faster than Virginia’s state capital, once the capital of the failed Confederacy and one of the largest slave trading centers.

But if he expected quick action on his resolution, he is not getting it.

The resolution must first get through the Land Use, Housing and Transportation Standing Committee led by veteran Councilwoman Ellen F. Robertson, 6th District — and there is no guarantee.

The full council also could put off a hearing. At this point, the majority of City Council appears interested in waiting for a recommendation from the advisory commission that Mayor Levar M. Stoney created to review the statues and their context and whether they should be removed.

The calendar maintained by the City Clerk does not currently list any meetings for the Monument Avenue Commission through December.

A full-time minister, Mr. Jones firmly believes that city government finally must take a stand on what he regards as a moral issue.

“Is it morally right for these statues to stand?” Councilman Jones said before introducing the resolution this week.

“If this city had a majority Jewish population, would we allow an avenue lined with swastikas and monuments to Adolph Hitler? Of course not,” he said.

Still, he has yet to have other council members embrace his point of view.

At the same time, he is only going so far, refusing to target Confederate statues in other parts of the city including Monroe Park and North Side.

His resolution, even if approved by City Council, would go nowhere unless a member of Richmond’s General Assembly agreed to sponsor legislation to give it legal force. It also would require the Republican-dominated legislature to pass such a measure.

In other words, if Las Vegas bookies were taking bets, they would likely be putting long odds on the prospect that the statues will disappear anytime soon.