Catholic diocese apologizes for display of figure hanging in tree 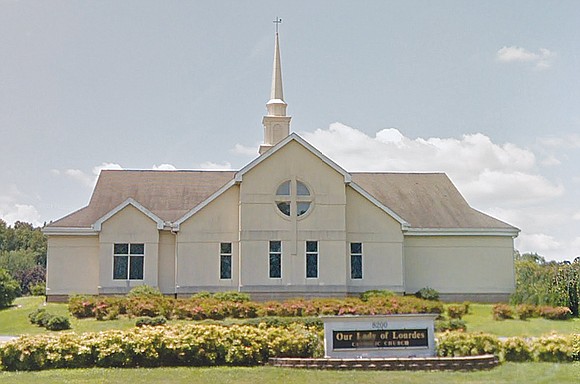 The Catholic Diocese of Richmond apologized last Friday for the “insensitive” hanging of a homemade mannequin in a tree outside Our Lady of Lourdes Catholic Church in Henrico County.

According to church officials, the mannequin, dressed in white with a dark face, arms and legs and a white head scarf, was used in the Easter Passion play at the church on Woodman Road. The figure was supposed to represent Judas, the disciple who betrayed Jesus and later committed suicide by hanging.

But the figure drew the concern of passers-by and reports by local news media. A few comments also were posted on the church’s Facebook page.

“What will the parish be doing to promote racial justice and reconciliation with black faith communities?” one person posted. “It appears that the community has much to learn.”

According to a television news report, the Catholic diocese, led by Bishop Barry C. Knestout, issued a statement of explanation and apology, noting that the display will never be used again:

“Earlier today, a community Passion play took place on the grounds of Our Lady of Lourdes Catholic Church in Henrico, Va.,” the diocese statement read. “Part of that play featured an image of Judas’ betrayal and suicide which showed a figure hanging in a tree.

“Although the Passion play is meant to be a devotional event during Holy Week intended to reflect the events surrounding the Passion, death and Resurrection of Christ, the image of a mannequin hanging from a tree is insensitive. We regret any offense this may have caused.

Meetings are scheduled with the members of the community responsible for coordinating the event to share these concerns and so these same members might better understand why this display was inappropriate and will not be used again in the future.

Holy Week is a season intended to highlight the saving mystery of Christ’s Passion, death and Resurrection. At this time of year, the Church prays for all those suffering from persecution, discrimination and injustice.

May the grace of this Holy Week transform hearts and minds to know God and to know his love.”