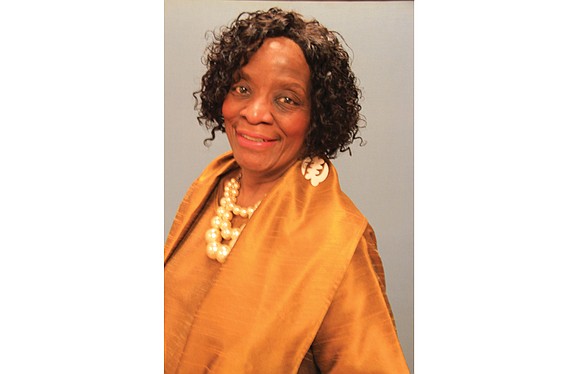 Growing up in a strong, close-knit family with a hard-working, disciplined, kind and unconditionally loving mother and aunt are the ingredients that produced Dr. Renata A. Hedrington Jones, winner of the National Association of Black Social Workers’ most coveted award.

Dr. Jones was surprised with the NIA Lifetime Achievement Award on April 5 during the NABSW’s annual conference in San Diego celebrating its 50th anniversary. The organization is dedicated to enhancing the quality of life and empowering people of African ancestry through advocacy, human services delivery and research. Members in chapters across the nation are seasoned practitioners in the field who push for social change, justice and the development of African people in the United States and abroad.

Dr. Jones was nominated by the organization’s Richmond chapter, many of whose members are her current and former students from Virginia Commonwealth University and Virginia State University, where Dr. Jones has taught as an adjunct faculty member.

“The Sankofa principle NIA means purpose,” Dr. Jones says, reflecting on the award. “During my career, I was doing all the stuff that I thought I should do and didn’t think anyone was paying attention to me.”

Dr. Jones started her social work career working in the juvenile justice system and later as an adoption social worker. For more than 30 years, she worked with students and their families as a social worker with Richmond Public Schools before retiring.

In a letter of nomination from the Richmond Chapter of the National Association of Black Social Workers, she was lauded for her influential leadership and strong voice for social change in the community.

“From working with homeless populations experiencing severe mental illness, to finalizing adoptions for special needs children, to working in hospital settings with emotionally dysregulated youth, Renata has demonstrated a commitment to enriching the lives of vulnerable and underserved minority populations,” the nomination letter states.

She also was lauded in the letter for her work as an adjunct teacher, “cultivating the next generation of culturally sensitive and social action-oriented social work practitioners, educators, therapists, legislators, directors and community development leaders.”

“It’s interesting to hear what people think of what you do,” Dr. Jones says. “I fuss a lot at young people because I think they hear a lot better when you are fussing. It’s called strong encouragement.

“I give unconditionally because this is what God wants me to do,” she continues. “I make sure that my students have experiences, professionally and academically, so that they know the importance of them giving to the community and to our people.”

A native of Chicago, Dr. Jones lived on the Southside until she was 6, when the family moved to Washington, around the corner from Howard University. That was the early 1960s, she says, and her father was no longer with the family. Her mother held down three jobs to make sure all of the children had life’s necessities.

“She was the first black person in the neighborhood to buy a house that we were living in,” remembers Dr. Jones. “My mom had a third-grade education, yet she was real savvy and always figured out how to do things that black people, at the time, were not supposed to do.”