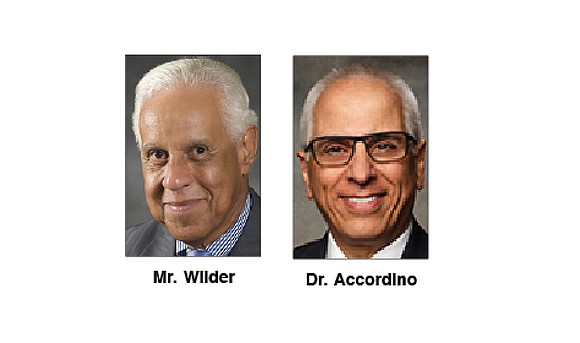 L. Douglas Wilder is proving he still has plenty of bite.

Three weeks ago, the former governor and former Richmond mayor filed a lawsuit publicly accusing top officials at Virginia Commonwealth University of protecting a dean whom Mr. Wilder claimed had verbally attacked and abused his administrative assistant without cause.

Last week, that dean, Dr. John Accordino, lost his post as the leader of the school named for the 87-year-old Mr. Wilder, now a distinguished professor at the Wilder School of Government and Public Affairs.

Dr. Accordino claimed in a countersuit that he was forced to step down as dean, while VCU Provost Gail Hackett has stated the agreement was mutual that he leave the post to end what she described as “a distraction from the core business of the Wilder School.”

Either way, Dr. Accordino, an expert in urban planning and studies who has spent 32 years at VCU as a teacher and administrator, is out.

Mr. Wilder filed the explosive and embarrassing suit on March 19 in Richmond Circuit Court against the now former dean, as well as against Provost Hackett and VCU President Michael Rao.

Dr. Accordino has been given an 14-month sabbatical and is to return in July 2019 as a faculty member. He also will receive $80,000 in extra pay during the next three years, VCU officials have said, apparently to settle any claims against VCU.

His loss of the deanship happened April 2, although the university did not publicly acknowledge it until later. His departure followed his filing on March 30 of a $150,000 countersuit against Mr. Wilder, claiming the ex-governor interfered with his contract with VCU and defamed him in his lawsuit.

Mr. Wilder, who sought $2,500 in damages in his suit, alleged that Dr. Rao and Provost Hackett failed to properly deal with or appropriately discipline Dr. Accordino, whom Mr. Wilder accused of unleashing an unwarranted, bigoted verbal tirade against his assistant, Angelica Bega, on Nov. 7.

Dr. Accordino has denied the allegations.

Meanwhile, attorneys for VCU have requested the Wilder lawsuit be dismissed.

Officially, VCU has declined to comment on the litigation, but Provost Hackett in an email to staff and faculty at the school claimed Mr. Wilder’s case lacks legal merit.

No dates have been set for a judge to consider the VCU request, Mr. Wilder’s suit or Dr. Accordino’s countersuit.