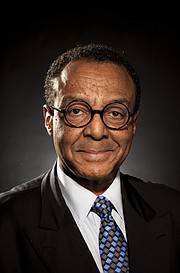 Could former President George H.W. Bush have defeated current President Donald Trump? In a way, it already happened — in 1992, although nobody would have known it at the time.

President Trump did not run in that year’s Republican primaries, but his ideas did. You can hear them in the fiery speeches of Patrick J. Buchanan, the conservative author, columnist, television commentator and senior adviser to three Republican presidents, who waged a primary challenge to President Bush’s re-election campaign from the far right.

Wordsmith Buchanan declared a “new nationalism” to enlist the “forgotten Americans” into the “Buchanan brigades” and rescue them from foreign meddling, rip-off trade deals and “open-border” immigration policies.

He called for a moratorium on immigration until the policy could be re-examined and, yes, a wall on the Mexican border, which he called “the Buchanan fence” in his effort to “Make America First Again,” borrowing a phrase from his former boss Ronald Reagan’s campaign slogan “Let’s Make America Great Again,” which also was adopted later by you-know-who.

“The ideas made it,” Mr. Buchanan told Politico reporter Tim Alberta last year with a laugh, “but I didn’t.”

With that in mind on the morning after President Bush’s death last week at age 94, I asked Mr. Buchanan for his reaction to the news. He showed no desire to speak ill of the dead.

“I’m sure he’ll be extraordinarily well remembered by the entire country because he was a patriot” with “a great family,” Mr. Buchanan said. “He served his country his entire life, (including) some of the highest offices and the highest office in the land … with distinction and honor.”

“We had our differences,” he continued. “We had our serious differences. But from 1966 to 1991, we were good friends and I was proud to have him as a friend.”

Of course, after 1991 was a different story. During their campaign, he skewered President Bush as a “globalist” who was helping “bureaucrats in Brussels” to pursue a “European super-state” and undermine national identity.

Now he praised President Bush as “the American closer in the Cold War,” a core issue for America’s conservative movement.

Dictionaries define a “closer” as a person who is skilled at bringing a business transaction to a satisfactory conclusion.

Such was President Bush’s role when 1989 brought protests in China’s Tiananmen Square, the fall of the Berlin Wall and the challenge of negotiating a peaceful transition to what President Bush later would call a “new world order,” a phrase that alarmed nationalists like Mr. Buchanan.

“I think that President Bush belongs to another era,” he said, noting that President Bush was the last American president to have served in World War II. “He’s the Greatest Generation president, but that was the end of an era and I think — and it wouldn’t be a criticism of him — but I think he was from another time and another place.”

President Bush’s son, George W. Bush and Democrat Bill Clinton adopted more conservative approaches to key issues of “economic nationalism, economic patriotism and securing the border” that helped them to win but “were very new to President (George H. W.) Bush who came up from a different place and a different time.”

As much as I disagree with Mr. Buchanan’s far right positions, he correctly saw that the conservative movement from 1964 that nominated Barry Goldwater — who failed to win more than six states — was on the rise fast and big enough to lead to President Trump’s election in 2016.

After Mr. Buchanan’s primary losses, discontent in the GOP led to Ross Perot’s third party bid, which helped President Clinton win, and later a Republican House under conservative Speaker Newt Gingrich of Georgia and the era of polarization that we still wrestle today.

As much as I appreciate the progress this country has made in civil rights and respect for diversity, Mr. Buchanan sees only gloom in our drift away from the peaceful and prosperous America he remembers in the Elvis Presley era.

I, too, appreciate the positive aspects of the past that expanded social and economic opportunity and avoided our nuclear annihilation. But the fear and loathing of diversity and international alliances? I hope the next generation of leaders does better than ours.