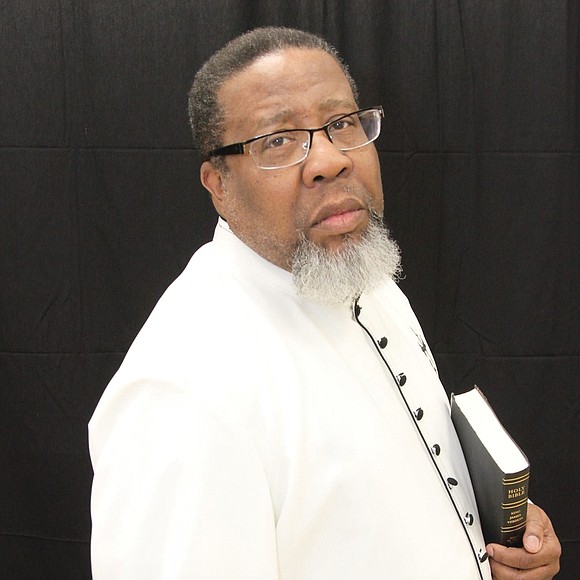 The Rev. Dennis Earl Thomas has come to the end of his 41- year career as a church leader, preacher and musician.

The former pastor of First African Baptist Church in Richmond died Friday, Dec. 7, 2018, in Philadelphia. He was 62.

At his death, he had been pastor for 12 years of First Corinthian Baptist Church, the Philadelphia church his grandfather and uncle had led and the church where he had been baptized and ordained and licensed as a minister.

His death was first reported on Facebook. On Tuesday, the church confirmed that Rev. Thomas had died, citing complications involving his heart and the installation of stents a month earlier to open up narrowing arteries.

His life will be celebrated 10 a.m. Friday, Dec. 21, at First Corinthian, 5101 Pine St., in Philadelphia. Viewings are to be held at the church on Thursday, Dec. 20, and before the service on Friday. Burial will be in West Chester, Penn.

Before leaving Richmond to lead First Corinthian, Rev. Thomas served 20 years as pastor of First African Baptist Church in North Side, one of the city’s oldest black churches.

“He was relational and relatable,” the Rev. Dwylene Butler wrote in a Facebook tribute. “And he was willing to give a very inexperienced 20-something an opportunity when he hired me as the church’s minister of children and youth and Christian education.

“He gave me space to be creative and supported some of my out of the box ideas,” continued Rev. Butler, who recalled Rev. Thomas ordaining her at the church and becoming her father in the ministry. “I don’t think he ever knew how much I loved for him to call me daughter.”

During his Richmond tenure, he taught at the Richmond Virginia Seminary for 16 years. He also was active in the Baptist Ministers’ Conference of Richmond and Vicinity, the Baptist General Convention and the Lott Carey Foundation. He also was in demand as a guest preacher and contributed to numerous religious articles.

Rev. Thomas, who was ordained in 1977, began his work in ministry while completing bachelor’s degrees at Eastern University near Philadelphia in sociology and religion with a minor in urban studies.

He later earned a master’s of divinity degree from Palmer Theological Seminary.

He also was a terrific drummer who could have had a career in Christian music if he had not chosen the ministry. As a teenager, he played with a number of groups and often mentioned that he auditioned for Stevie Wonder before heading off to college.

Survivors include his brother, John L. Thomas Jr. of Philadelphia.