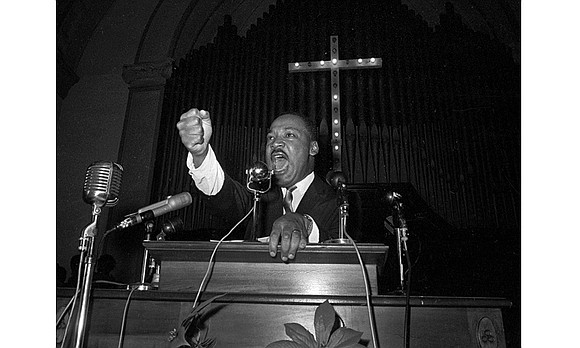 Religious groups are planning more than the annual holiday celebrations that note the birthday of the Rev. Martin Luther King Jr. this year.

The holiday honoring the Baptist civil rights leader falls on his actual birthday — Jan. 15, 1929. But Dr. King also will be remembered in the spring, five decades after his April 4, 1968, assassination in Memphis, Tenn.

Here are a few ways faith groups and their partners are marking that date:

Church of God in Christ 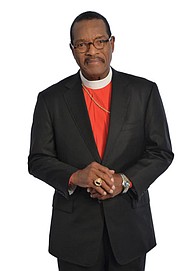 COGIC, the nation’s largest black Pentecostal denomination, in partnership with the American Federation of State, County and Municipal Employees, as well as sports and entertainment leaders, plans to lead an “I Am 2018” campaign.

It’s intended to draw faith and labor leaders together to carry on Dr. King’s focus on fair wages and improved working conditions. He was striving for economic justice for sanitation workers at the time of his murder.

“It is almost inconceivable that even 50 years beyond Dr. King’s death, we would still be fighting against the same injustices for which he, literally, died. That says loudly and clearly to me that our work is yet undone,” said Bishop Charles E. Blake Sr., COGIC’s presiding bishop.

“In order to ‘make America what it ought to be,’ as Dr. King fervently encouraged those Memphis sanitation workers years ago, we must strive to be all that he was — activists, change seekers, community pillars, faith leaders, peaceful protesters and followers of Christ.”

COGIC plans mobilization activities April 2 through 4 in Memphis at Mason Temple, the site of Dr. King’s last sermon, “I’ve Been to the Mountaintop.” The events will focus on voter education and improving conditions in low-income communities.

The National Council of Churches, an umbrella organization of mainline Protestant, historic black and Orthodox denominations, is leading “Act Now! United to End Racism” events in early April in Washington.

“After Ferguson, Charleston and Charlottesville, in the wake of pernicious voter suppression tactics and the lack of criminal justice reform, when schools are as racially segregated as they were 50 years ago, it’s time for Dr. King’s dream to be reawakened across the nation,” said Bishop W. Darin Moore, chair of NCC’s governing board and a leader in the African Methodist Episcopal Zion Church.

“Ours is a bold call for thousands of people of faith to come together on April 4th to commit ourselves to realizing his dream and resolving to end racism. In this 50th year after Dr. King’s martyrdom, we believe the time has finally come.”

Events include an April 3 ecumenical service at a Greek Orthodox cathedral, an interfaith prayer service and rally on the National Mall on April 4 and a lobby day on Capitol Hill on April 5.

Partners include the National African-American Clergy Network, the Conference of National Black Churches, Sojourners, the Franciscan Action Network, Churches Uniting in Christ and the Religious Action Center of Reform Judaism.

The Southern Baptist Convention’s Ethics and Religious Liberty Commission and The Gospel Coalition, two evangelical Christian groups, plan to co-host “MLK50: Gospel Reflections from the Mountaintop,” an April 3 and 4 discussion in Memphis on the state of racial unity in the church and the culture.

“Fifty years after Dr. King’s assassination, it is shameful that the church often lags behind the culture around us when it comes to issues of racial justice, unity and reconciliation. We should be leading the way.”

Topics at the event will include viewing racial justice as a “gospel issue,” overcoming “the most segregated hour in America” and discussing racial tensions around Black Lives Matter, white supremacy and immigration.