Guest preacher says he was stiffed by South Side church 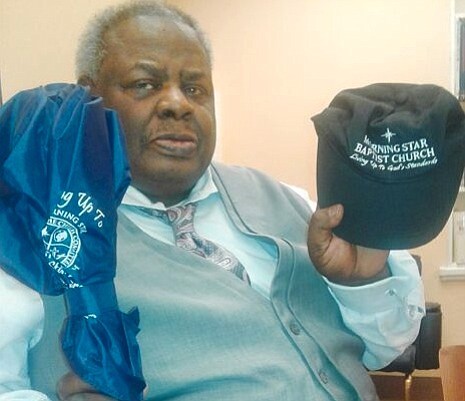 The Rev. Ernest Blue Jr. of Richmond is often called to be a guest preacher.

A retired city schoolteacher and associate minister at Triumphant Baptist Church in North Side, Rev. Blue said he’s at a different church almost every weekend delivering a sermon in place of the pastor.

And until July 1, he always has received an honorarium of $100.

“Until now, it was done without exception,” said Rev. Blue, 71, who estimates that he has been a guest preacher several thousand times during his 50 years as a minister.

“As soon as I’m done, someone hands me an envelope. No one talks about it. It’s just expected,” he said.

But that didn’t happen when he preached at the 10 a.m. service at Morning Star Baptist Church on the first Sunday in July. Ironically, his topic was “Everything that looks good to you ain’t good for you.”

He said the pastor of the South Side church, Rev. Tyrell O. Brown, texted and called him on June 30 to come and deliver the sermon. Rev. Brown attended the service, but turned the sermon over to Rev. Blue.

After the service ended, Rev. Blue said Rev. Brown asked him to come to his office where he delivered the bad news to Rev. Blue: “I don’t have any money to pay you,” Rev. Blue recounted.

Rev. Blue said Rev. Brown then presented him with a Morning Star baseball cap and an umbrella as compensation. After doing so, Rev. Brown followed up by asking Rev. Blue to come back and preach at several other services.

Rev. Blue said he turned down the offer.

Rev. Brown has not responded to several Free Press requests for comment.

“I had heard rumors that others who had been guest preachers did not receive any pay, but I didn’t pay attention,” Rev. Blue said. “Now I know it’s true.”

He said he decided to speak out so that other ministers could avoid making the same mistake he did of expecting an honorarium and not receiving it.

“I don’t think it’s right for a church leader to do this to fellow ministers,” Rev. Blue said. “Other ministers need to know.”