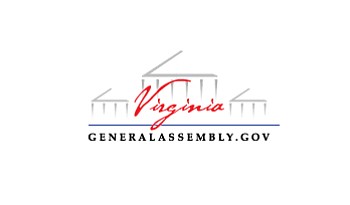 By those sweeping margins, the General Assembly approved a citizen-initiated change to Richmond’s City Charter.

If signed by Gov. Ralph S. Northam as anticipated, the change would require Mayor Levar M. Stoney to produce a fully-funded plan by Jan. 1, 2019, to modernize all of the city’s public schools without a tax increase or have to explain why he could not.

Paul Goldman, chairman of Put Schools First, is jubilant. He led the effort to get the charter change referendum on the Richmond ballot and worked with legislators to secure passage.

“I am not sure people appreciate the importance of what just happened,” Mr. Goldman said. “Sixty-three years ago, Richmond led the Massive Resistance effort seeking to block the U.S. Supreme Court’s Brown decisions that outlawed government-enforced segregation of public schools.

“Now Richmond, with support from a bipartisan coalition of legislators, has an opportunity to lead the South and the nation in finally delivering on the promise of providing the equal educational facilities that the Brown decisions required,” he said.

He said since the Brown decisions were handed down in 1954 and 1955, school buildings have been allowed to decline.

“Richmond voters in 2017 said enough is enough, that it is time for the leadership to stop talking about better school facilities and to take action to create a fully funded plan to make it happen so all students can attend modern facilities,” he said.

Mayor Levar M. Stoney opposed the referendum largely because of the requirement to create a plan without a tax increase. He has not commented on the passage of the legislation.

The mayor spearheaded the push for a 1.5 percent increase in the city’s meals tax through City Council with the aim of generating new revenue to repay $150 million in borrowing for construction of at least four new schools.

That is $45 million short of the School Board’s request for $195 million for building and far short of the estimated $650 million needed to replace or overhaul the remaining school buildings.

The mayor’s newly introduced budget plan does not provide any additional money for school construction and calls for spending $13 million over five years on maintenance of existing schools. That’s less than half of the $31 million the School Board requested.

Mr. Goldman has prepared an alternate budget plan that provides $650 million for schools construction and modernization and diverts city spending for other purposes to come up with $21 million annually to repay money that would need to be borrowed.