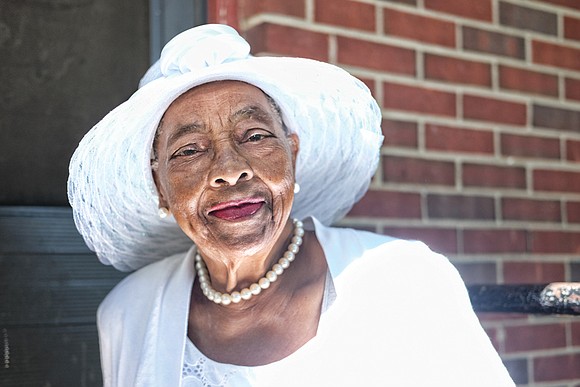 As a minister’s daughter, Annie Marie Turner Giles felt driven to help others overcome problems and challenges in the Whitcomb Court public housing community in the city’s East End.

In the five decades she lived in Whitcomb Court, Mrs. Giles became the community’s “mother” as she volunteered and advocated to make the public housing community a better place.

The Richmond native pushed to ensure residents registered and voted, had enough to eat, secured the education they needed and worked with others to improve public safety.

When her granddaughter wasn’t accepted into an early childhood development program, she started her own — the Parent-Tot Program — that served her family and others and ended up being adopted in six other public housing communities before funding problems brought it to an end.

Mrs. Giles’ life and contributions are being remembered following her death Friday, March 23, 2018. She was 81. She had left Whitcomb Court and was living with a daughter at the time of her death.

Family and friends will celebrate her life at noon Saturday, March 31, at Gospel Baptist Church, 2317 Harvie Road in Henrico County, the church her parents founded.

“I have always been involved in advocacy for children, families and the elderly in East End Richmond,” Mrs. Giles stated in a Free Press Personality feature published before the May recognition event.

Mrs. Giles credited her parents’ influence for the role she sought to play in the community. “They served as strong examples of faith, dedication and service,” she stated.

For her, like many others, public housing was a refuge where she could find an affordable apartment for herself and her children. She needed to find such housing after her first marriage ended in the mid-1960s.

The temporary home ended up becoming her permanent residence where, over time, people knew they could find a sympathetic ear and a helping hand.

Educated at Armstrong High School, Mrs. Giles served as president of the Whitcomb Court Tenant Council for more than 20 years and remained active with the council after stepping down. She also was a member of a community advisory board to the Richmond Redevelopment and Housing Authority, the landlord of public housing.

She also participated in East End Partnerships for Families, was active in the Parent Resource Network and served on the board of the now defunct East District Family Resource Center.

Mrs. Giles advocated for more job training for mothers to get into the workforce, for after-school programs for children and for GED programs to help dropouts get their education.

She also pushed the election of candidates who supported public housing families. Over time, everyone running for office and needing votes in the East End came knocking on her door because she could get people to the polls.

She not only registered residents, but on Election Day, she led a cadre of volunteers to knock on doors to remind people to go to the polls and arranged for workers to staff polling places for political candidates, including Mrs. Robertson, L. Douglas Wilder and Barack Obama.

Mrs. Giles also worked to improve relations with the police and prevent people from preying on the mostly single mothers living in Whitcomb Court.

By the time she left, she felt Whitcomb Court had “come a long way from where we were years ago.”

Bruce Giles, her second husband, preceded her in death.