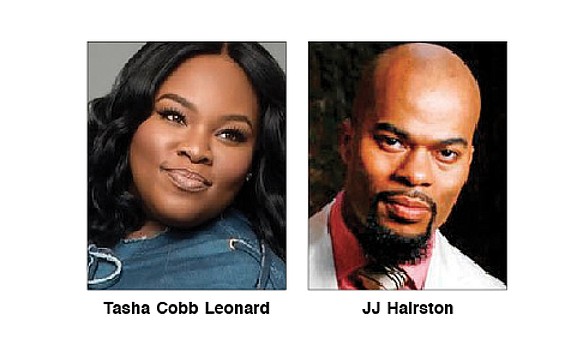 The Stellar Awards honor gospel music artists, writers and other industry professionals for their contributions to the field.

Mr. Chandler won a Stellar Award in 2017 for Gospel Announcer of the Year for his nationally syndicated morning show Mike Chandler & Friends, and the station also was nominated last year for Radio Station of the Year.

Other major awards went to actress-singer-songwriter Tamela Mann, the James Cleveland Lifetime Achievement Award; the late Bishop Kenneth H. Moales Sr., founder of the Cathedral of the Holy Spirit in Bridgeport, Conn., and former president of the National Convention of Gospel Choirs and Choruses, the Thomas A. Dorsey Most Notable Achievement Award; singer-songwriter and producer Milton Biggham, executive director of Savoy Records, the Bobby Jones Legend Award; and the late gospel musician Edwin Hawkins, one of the originators of the urban contemporary gospel sound, the Icon Award.

Former pro basketball player Ben Tankard, known as the godfather of gospel jazz, and Dr. Marabeth Gentry Kurt Carr, president of the National Convention of Gospel Choirs and Choruses, were inducted into the Stellar Honors Hall of Fame.

The awards are to premiere Friday, March 30, on TV One and will be syndicated on other networks through May.