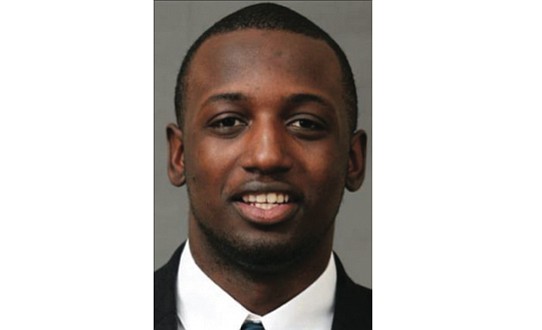 A lawyer for Desmond Marrow said this week the charges against the former NFL player should be dropped, as police and prosecutors in Georgia said they are reviewing the arrest in which officers allegedly used excessive force.

Mr. Marrow, 30, is a former University of Toledo football player who signed in 2012 with the Houston Texans, but was cut during preseason. The Tampa Bay Buccaneers picked him up but he didn’t make the team.

In the one-minute video clip, officers can be seen forcefully taking a handcuffed Mr. Marrow to the ground by sweeping his legs out from under him as he yells, “I’m not even fighting back.” When he’s on the ground, an officer puts his hand on Mr. Marrow’s throat for several seconds and Mr. Marrow says, “I can’t breathe,” while another officer tells him to settle down.

Chris Stewart, an attorney for Mr. Marrow, said it’s clear from the video that Mr. Marrow wasn’t resisting and the officers used excessive force. The officers should be fired and the charges against Mr. Marrow should be dropped, Mr. Stewart said.

Robbie Swinson, who witnessed Mr. Marrow’s arrest, said in a phone interview Monday that the video “speaks for itself, and it shows excessive force” because Mr. Marrow was already handcuffed. But he said it only shows a tiny slice of a long encounter and that Mr. Marrow aggressively chased another vehicle down the road and in the parking lot, talked about shooting people and then scuffled with police as they tried to handcuff him.

Although a use of force review was done at the time of the arrest, Henry County Police Chief Mark Amerman earlier in April ordered an internal affairs investigation, department spokesman Capt. Joey Smith stated in an email last week. One of the officers was placed on administrative duty pending the outcome of the investigation, he said.

“The Henry County Police Department takes any charges of excessive use of force very seriously and wants to assure the public that this event will be fully investigated,” Capt. Smith said.

Henry County District Attorney Darius Pattillo said in a statement emailed on April 27 that his office is conducting a parallel investigation to determine whether the use of force was justified. That is being done by a review panel that includes Mr. Pattillo, his chief investigator, another veteran prosecutor and a use of force expert.

“The portion of the video distributed is graphic and violent, and we understand why people are disturbed by this,” Mr. Pattillo said. “I can assure you that once the investigation is complete, we will respond appropriately.”

His office also is examining the charges against Mr. Marrow, including felony obstruction of a law enforcement officer, misdemeanor reckless driving and misdemeanor aggressive driving.

Mr. Marrow told The Associated Press in an April 27 interview that he was driving when two white men pulled up next to him and started yelling racial slurs and threw a cup of coffee at him. He stayed calm but drove fast to follow them and get their license plate number. He said he followed them into a parking lot to talk to them.

One of the men listed on the police report as a victim disputes that. Scott Davis told the AP by phone on Monday that Mr. Marrow began aggressively riding his bumper, cursed at him and his friend, threw a rock at their car and yelled that he had a loaded gun and would shoot them.

At one point, Mr. Marrow pulled in front of them, Mr. Davis said, and tried to block them and appeared to be getting out of his truck. Mr. Davis said he then threw a can of Coke to slow Mr. Marrow down so they could get away. Mr. Marrow, he said, then followed them into the shopping center parking lot and chased them, “driving like a madman,” as Mr. Davis called 911.

He blocked Mr. Marrow, who got out of the car complaining that the men in the other car had thrown some liquid at his car and hollering that he had a gun, Mr. Swinson said.

Police found no weapons when they searched Mr. Marrow and decided to arrest him after speaking to the alleged victims and witnesses who said they saw Mr. Marrow aggressively chasing another vehicle and making threats, according to a police report.