After Pittsburgh, remember: We’re in this together 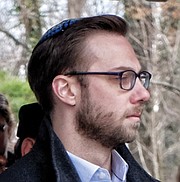 The resurgence of a newly emboldened white supremacy is the challenge of our time.

The attack at the Tree of Life synagogue in Pittsburgh, in which 11 Jews were murdered as they gathered for Sabbath prayers, was but the most tragic of recent battlefronts. A day earlier, a heavily armed man in Kentucky attempted to murder worshippers at an African-American church and, when he couldn’t get in, went next door and killed two African-Americans at a grocery store.

Demonizing anyone who can be called other — Jews, Muslims, Latinos, African-Americans, Sikhs, immigrants, refugees or asylum seekers — has become a grotesque new normal.

The magnitude of the threat has grown because, for the first time in recent memory, major public officials are giving new power to these hateful ideologies. Through word and deed, promise and policy, silence and sympathy, previously marginal forces have been encouraged to feel that this is their moment — their opportunity to “take their country back.”

Theirs is a chilling vision of white power, espousing the dominance of white, Christian men and the subjugation — or worse — of everyone else.

Remember, the alleged gunman in Pittsburgh had a record of deep-seated animus not only against Jews, but also against African-Americans, Hispanics, immigrants and refugees. Remember, too, that Oct. 12 marked the 50th anniversary of one of the other worst acts of anti-Semitic terror in American history — the bombing of The Temple in my hometown of Atlanta because of that congregation’s participation in the Civil Rights Movement.

The same menace that targets Jews encompasses glorifying the Confederacy, lionizing Jim Crow and torching mosques. It is the same force that animates policies like mass deportation and mass incarceration; building border walls and banning Muslims; tolerating sexual assault and curtailing voting rights. It fuels international know-nothingism, climate denial and war. By denigrating the worth of anyone but white, Christian men, white supremacy imperils us all.

These are indeed troubled times. The enemy we face together is formidable, resilient and persistent.

History can be our teacher in times like these. In her masterful study of resistance against the Nazi regime, historian Nechama Tec tells of brave efforts to limit and subvert Nazi brutality. True, those efforts didn’t topple Hitler or save every Jewish life. But through courageous action, oppression was periodically thwarted and many lives were saved.

What was the key to resistance against the Nazis? First and foremost, resistance required cooperation.

It’s true that Jews bravely helped each other during the Holocaust. But that’s only a small part of the story. Hundreds of thousands of European Jews owe their lives to what we call the “righteous among the nations,” non-Jews who defied Nazi cruelty.

What motivated average non-Jewish Europeans to risk their lives to save Jews?

The answer is surprisingly simple, yet its lesson for our moment is critical. Non-Jews who knew Jews helped Jews. By and large, those who would become the Righteous Among the Nations started out simply as non-Jews who happened to have Jewish friends.

When we reach out to others beyond the boundaries of our own community, we create ever-expanding spheres of concern and support. When we befriend those who are different from us, we begin to see that the diverse array of “others” out there are actually not others at all. And those “others,” who might also typically see us as strangers, can also begin to see that we have been a part of their family all along.

According to Jewish tradition, humans are tasked with being God’s partners in building a more peaceful world. The ancient rabbis mandated certain behaviors “for the sake of the ways of peace,” teaching that we can and must engage in acts that make ours a more perfect world. These imperatives include caring for the most vulnerable, most at risk, most in jeopardy, most in need beyond our own communal boundaries.

In practical terms, this looks like the love and support we, in the Jewish community, received this week from friends and neighbors across the religious, racial and ethnic spectrum. It looks like Muslims raising money to help Jewish communities recover and protect themselves in the wake of the Pittsburgh shootings. It looks like Jews helping to resettle Syrian refugees and advocating for more generous refugee quotas. It looks like African-Americans opening up their churches as sanctuaries for undocumented immigrants threatened with deportation. It looks like members of the Hindu community protesting the Muslim ban, and members of mainline churches lobbying on behalf of the LGBTQ community.

These righteous acts prove the ancient rabbis knew what they were talking about. Caring for those who are different from us increases peace.

Whenever one person transcends their usual boundaries to perform an act of loving kindness, it instructs and inspires others to do the same. One after another, new lights begin to shine. Each subsequent spark magnifies the total luminescence, until a billion little points of light become, as the Hebrew prophets envisioned, a world utterly bathed in the radiance of God.

When we reach out to others, we invite their care for us. When others support us, they elicit our support for them. When we see ourselves and our fellow human beings as one people, bound together by common humanity, shared responsibility, and a united destiny, when we support each other, we can advance a perfected world.

In this perilous moment in which the world feels as far from perfect as many of us have experienced in our lifetimes, it is tempting to stay silent and hope that the threat dissipates, or to retreat inward, circle the wagons, batten down the hatches and care exclusively for our own.

But relationships, friendships, love and concern for others — across boundaries, beyond borders — are the pathway to a better world. We perfect the world by opening up and by reaching out.

The writer is the rabbi at Temple Beth-El in Richmond’s Museum District. Among his signature initiatives launched last year at the temple is Encounter RVA, a series of public conversations featuring local religious, civi, and thought leaders with diverse backgrounds and perspectives aimed at bridging divides, deepening understanding, fostering diverse relationships and moving the Richmond region forward in these troubled and divisive times.