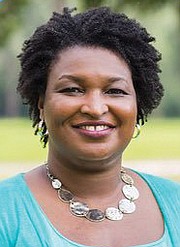 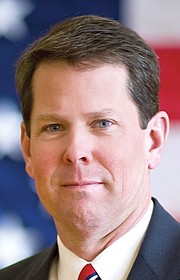 Thousands of people in Georgia hoping to participate in next week’s crucial gubernatorial election there could be blocked from voting because of the strict enforcement of its relatively new “exact match” rule.

A strict enforcement by Secretary of State Brian Kemp of Georgia’s voter ID law has prompted the state to halt the registration of more than 50,000 people — most of them African-American — because their voter registration papers don’t exactly match other legal identification, such as their driver’s license or Social Security card.

While elections are set for Tuesday, Nov. 6, pre-election voting in Georgia started in mid-October, with a major focus on energizing first-time voters.

Inaccuracies such as an unusual spelling of a name or a missing apostrophe or hyphen in a name are among a long list of examples of registration errors causing state registrars to place a vote into a separate “pending” category, until a state elections official and the voter are able to reconcile the discrepancy.

Adding to the problem is that Mr. Kemp, a Republican and strong supporter of President Trump, is running for governor against Democrat Stacey Abrams, a former state lawmaker and Spelman College graduate who could become the first African-American governor of Georgia in the Nov. 6 election.

Ms. Abrams has campaigned aggressively to recruit first-time voters and poor people among others. Mr. Kemp says he simply wants to make sure the election is free of fraud.

Voting rights advocates say the “exact match” system, which was put into practice when Republicans came to political power and later became law after 2011, creates unnecessary hassles and delays for voters who cannot get to the polls easily because of work schedules, where they live or unpredictable access to transportation to polls.

The battle could cost Ms. Abrams the election next week, with so many of the voters who are being challenged thought to be supporting Democratic candidates.

The voter ID skirmish has fired up Ms. Abrams and Mr. Kemp in the home stretch of the campaign. Both candidates are stressing how important each vote is in determining the outcome of the gubernatorial contest.

The slightest error in the official record, even if the error was not made by the prospective voter, could get the voter moved to the “pending” list, analysts said.

Mr. Kemp and state election officials said a person who shows up to vote only to learn they are not on the state’s “active” list could abandon ship or stay to get the confusion resolved.

Many voting rights advocates are doubtful of this promise and whether it will be embraced by local election officials.

Georgia officials have no record of widespread voter fraud in the state, state voter officials and observers note.