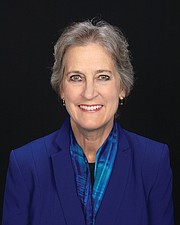 Something is clearly wrong in our nation when worshippers are gunned down at the Tree of Life Synagogue, as occurred last week, or at the Emanuel African Methodist Episcopal Church in Charleston, S.C., in 2015, or at the Sikh Temple in Oak Creek, Wis., in 2012.

In the United States, nine mosques a month have been targets of threats, vandalism or arson, according to the Council on American-Islamic Relations. An Anti-Defamation League report stated the number of anti-Semitic incidents was nearly 60 percent higher in 2017 than 2016, the largest single year increase on record.

The attacks are not just religiously based. Young African-American men are shot during police stops. Immigrant children are harassed at school. Patrons in a gay nightclub in Orlando were murdered.

Instead of being a beacon of refuge, the United States is greeting a migrant caravan of 3,500 desperate asylum-seekers with 5,200 armed troops.

What can we do to stop such hatred and bigotry and create a welcoming and safe society for all?

The responses must be personal, communal and political.

Personally, we must get to know people whose religions or cultures are different from ours. Empathy and understanding comes from deep personal relationships.

If you’ve never been to a synagogue, church or mosque, visit one. If you’ve never had a person of a different faith or ethnicity in your home for dinner, invite someone.

Push yourself to get to know people who come from different backgrounds. Most likely, you will find that what we have in common is far more significant than our differences.

Communally, we must find ways to build understanding and relationships across lines of division.

Some houses of worship in Richmond are modeling how to do this. In Bon Air, a mosque, synagogue and church have an Interfaith Trialogue that builds understanding and relationships.

At my own congregation, Wesley Memorial United Methodist Church, we held a Passover Seder led by Rabbi Gary Creditor, in which congregants learned more about Judaism.

Many predominately Caucasian congregations are organizing book studies using such helpful books as “The New Jim Crow: Mass Incarceration in the Age of Colorblindness,” “The Color of Law: A Forgotten History of How Our Government Segregated America” or “White Fragility: Why It’s So Hard for White People to Talk about Racism.”

Several dozen congregations are part of the Central Virginia Sanctuary Network that’s working to stand with and support immigrant families in our community.

What if every congregation had partnerships with congregations of a different race or religion? Congregational leaders could help facilitate the deep personal relationships that are often hard for individuals to initiate.

Politically, we must build a more welcoming society.

We are in a challenging moment in history when the nation’s highest leader regularly attacks immigrants, mocks those who disagree with him and struggles to condemn hatred and bigotry. Tuesday, Nov. 6, is a critical opportunity for people to vote their values. We can vote for representatives who seek to build bridges across racial, ethnic and religious divides.

We can also be more active in passing legislation that addresses our history of racism and bigotry and seeks to make Virginia and the nation more welcoming to all.

You can advocate reforming our schools and prison systems, which still struggle with the legacy of slavery; creating a driver’s privilege card for immigrants; or making in-state tuition available to undocumented students.

You can also advocate for common sense gun reforms so that children in school, worshippers or shoppers need not fear being gunned down by an assault weapon.

If you’ve never written a letter to a legislator, met with a legislator or participated in a lobby day at the General Assembly, pledge to do so this coming year.

This week has been a time for sorrow and introspection for all of us. Grieving, prayer and reflection are appropriate responses. But we must use this tragedy to move forward.

Each of us can do more — personally, communally and politically.

The writer is co-executive director of the Virginia Interfaith Center for Public Policy in Richmond that advocates for social and economic justice at the General Assembly and organizes an annual lobby day. The next one will be held Jan. 22.