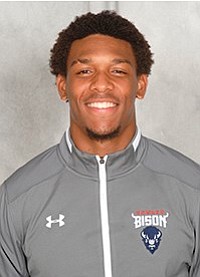 Norfolk State University has lost four straight football games and more trouble is on the way.

The Spartans’ next assignment will be to tangle with MEAC’s leading passer, Howard University’s Caylin Newton, brother of NFL star Cam Newton.

Newton doesn’t have his older brother’s size. Cam Newton, the Heisman Trophy winner at Auburn University in 2010 and the NFL’s MVP for the Carolina Panthers in 2015, is 6-foot-5 and 250 pounds.

NSU quarterback Juwan Carter is third in the MEAC in passing yardage. Carter’s top battery-mate, Marcus Taylor, has 35 receptions for 342 yards and leads the conference in kickoff returns.

Both Carter and Taylor hail from Highland Springs High School in Henrico County.

Last year, Howard defeated NSU 28-24 in Washington as Newton, then a freshman, threw for 159 yards and ran for another 46 yards and a touchdown.