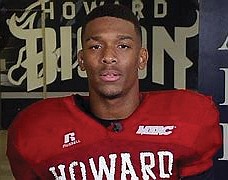 Another quarterback named Newton is on the Auburn University football roster.

Cam Newton won the 2011 Heisman Trophy at Auburn and later won MVP honors in the NFL with the Carolina Panthers.

He played four games this past season before dropping out of the program.

Newton, who grew up in the Atlanta area, will enter Auburn as a preferred walk-on with two years of eligibility starting immediately.